In this blog post we placed a live legend of our roads in front of us, such as the Triumph Bonneville of the last generation with a recent classic-style motorcycle that has generated many followers wherever it has passed, the Moto Guzzi neoclassical proposal, the V7.

Bonneville was surely the big culprit of all this rebirth of the passion for the modern classic motorcycle. Launched at the beginning of the 21st century, along with other successful models, such as the Triumph Scrambler or the Triumph Thruxton. This generation of air-cooled motorcycles managed to establish a great balance between the classic appearance and the modern performance, which were a great impact for the entire biker community in general, as well as the reference point of that moment for all the classic constructions custom. 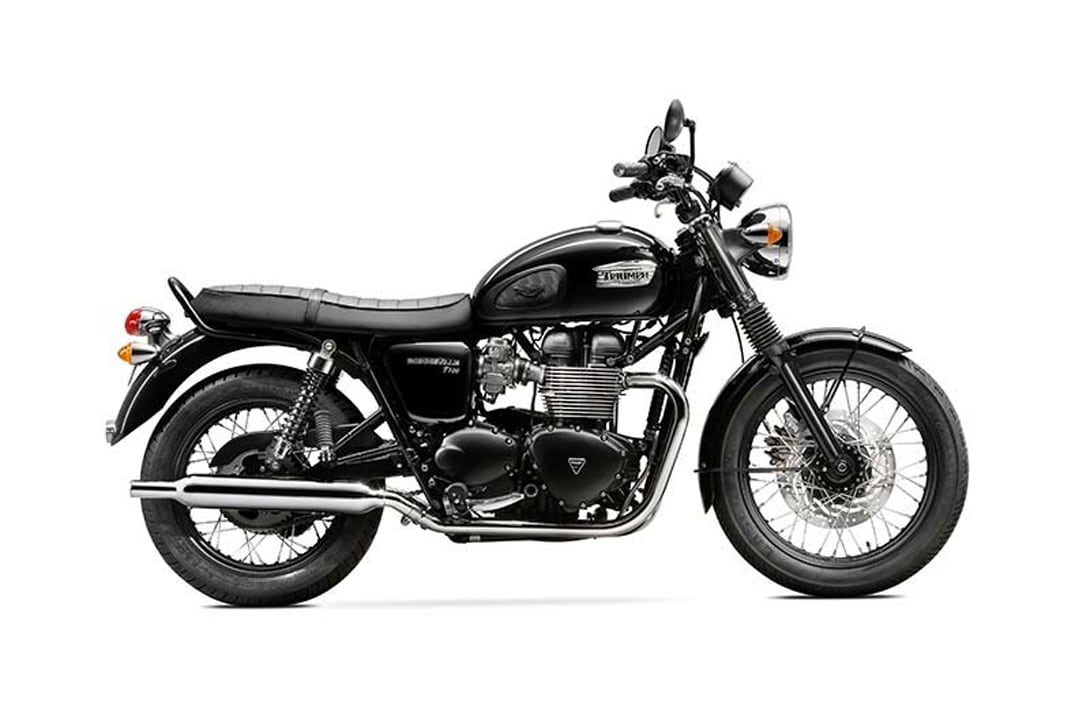 Moto Guzzi V7 vs Triumph Bonneville are the classic duel of apprentice against master, the motorcycle with a floor that already has some time and despite being exceeded in technique still has an impressive performance, and the new factory design which has been pushing very hard. We put them face to face seeing some of its most interesting features. 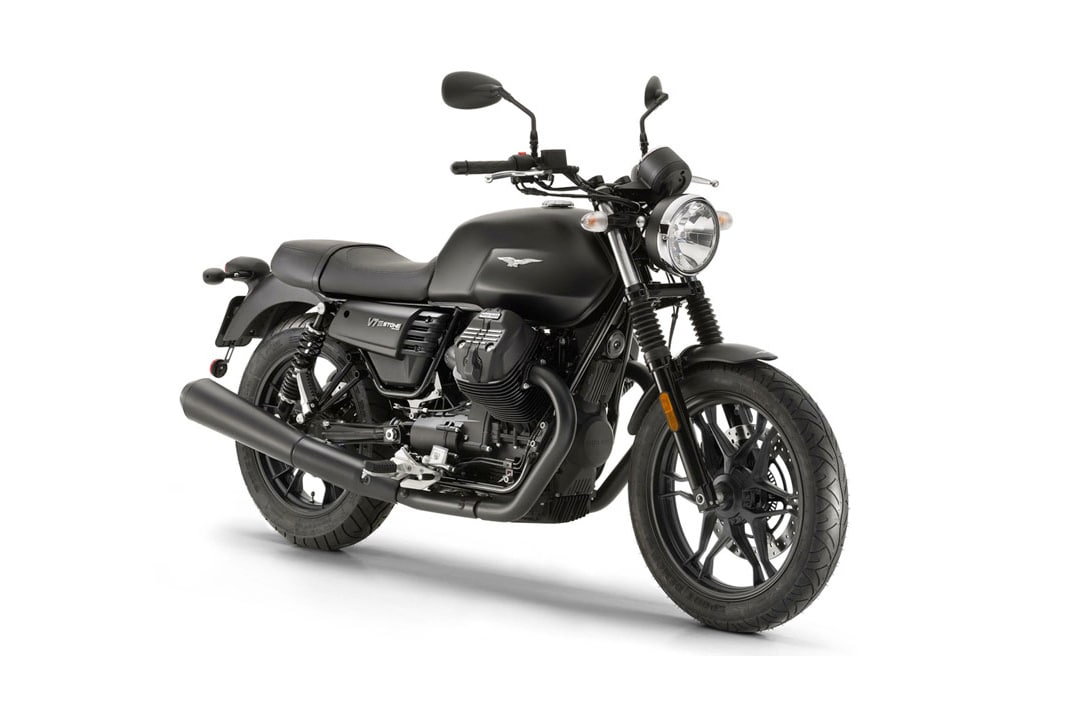 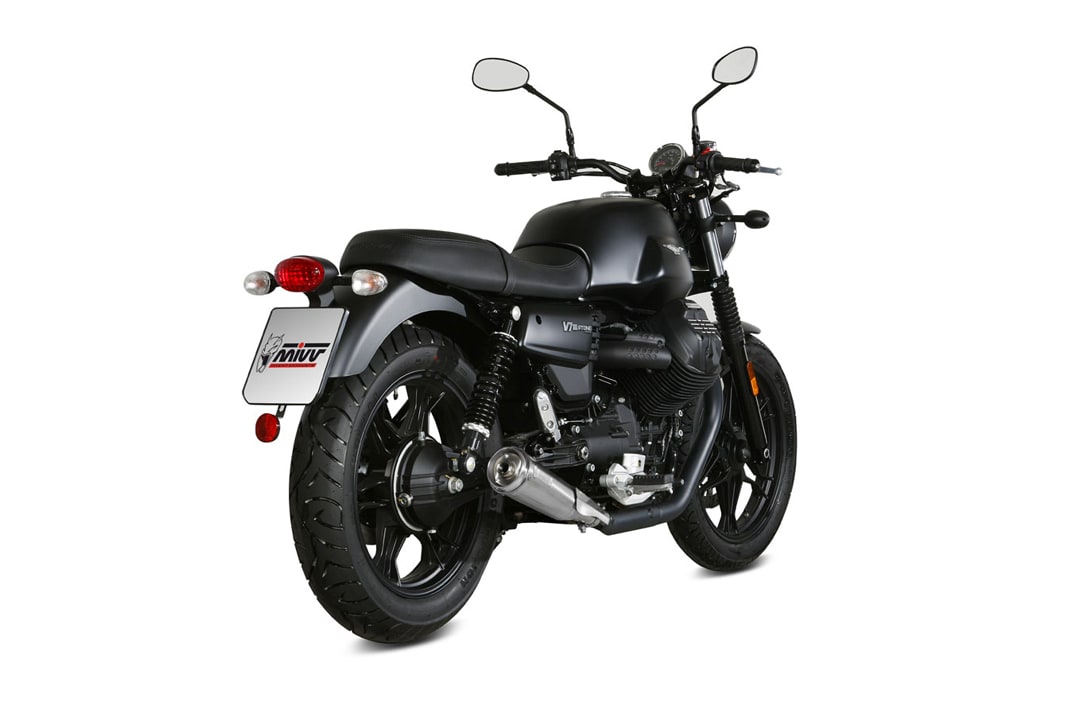 Remember that the Triumph Bonneville discussed in this entry is the latest model of the air-cooled generation of Triumph, 865 Injection, which unlike another more recent model such as the Street Twin, which like all its companions generation (the Triumph Bonneville T120 or the Triumph Thruxton 1200 R) are liquid cooling. In this case, the Moto Guzzi is also air-cooled, as are the mythical carburization models of the past decade of Triumph, such as the Triumph Thruxton 900 or the mythical Scrambler. 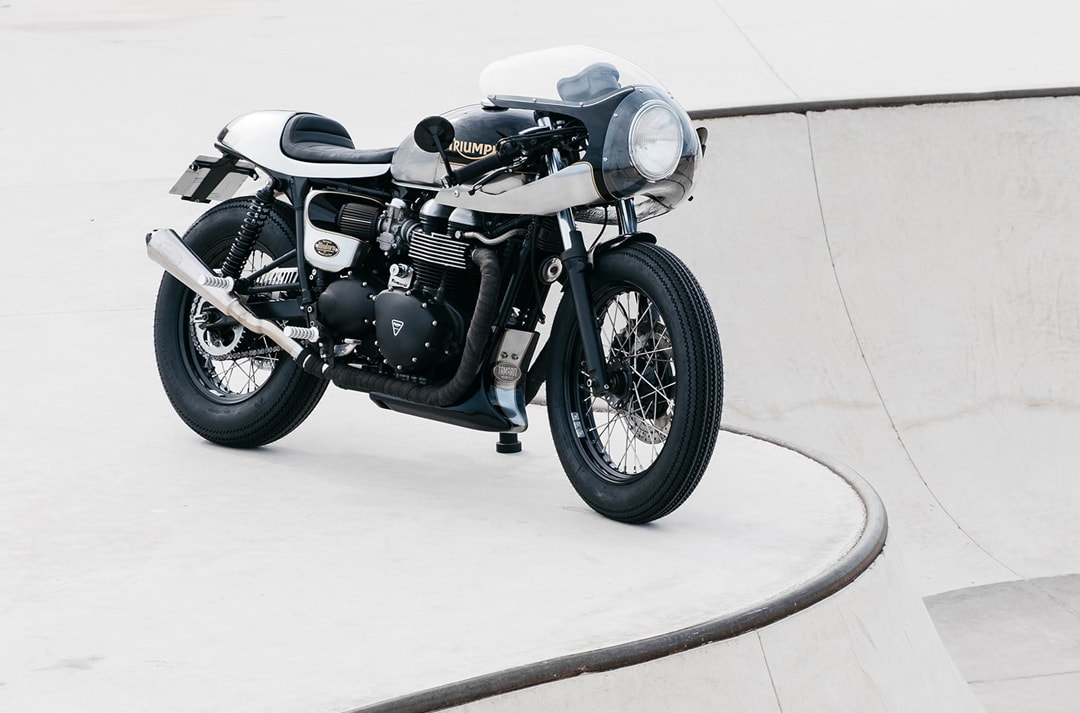 This prevents us from having certain elements that do not fully correspond to aesthetics such as the huge front radiator that incorporates the new generation Triumph motorcycles or some other model already analyzed by this blog as the Yamaha XS3700. It is then to the taste and preference of each user, since although on the one hand modern models of liquid cooling have greater efficiency and durability, the fact that the huge radiator on the front of the motorcycle kills for many what It should be the aesthetics of a classic motorcycle. This fact is what drives Tamarit Motorcycles customers in many cases to acquire a second-hand motorcycle with a certain year to try to get as close as possible to that classic aspect, even if it implies detachment of certain more recent development benefits. 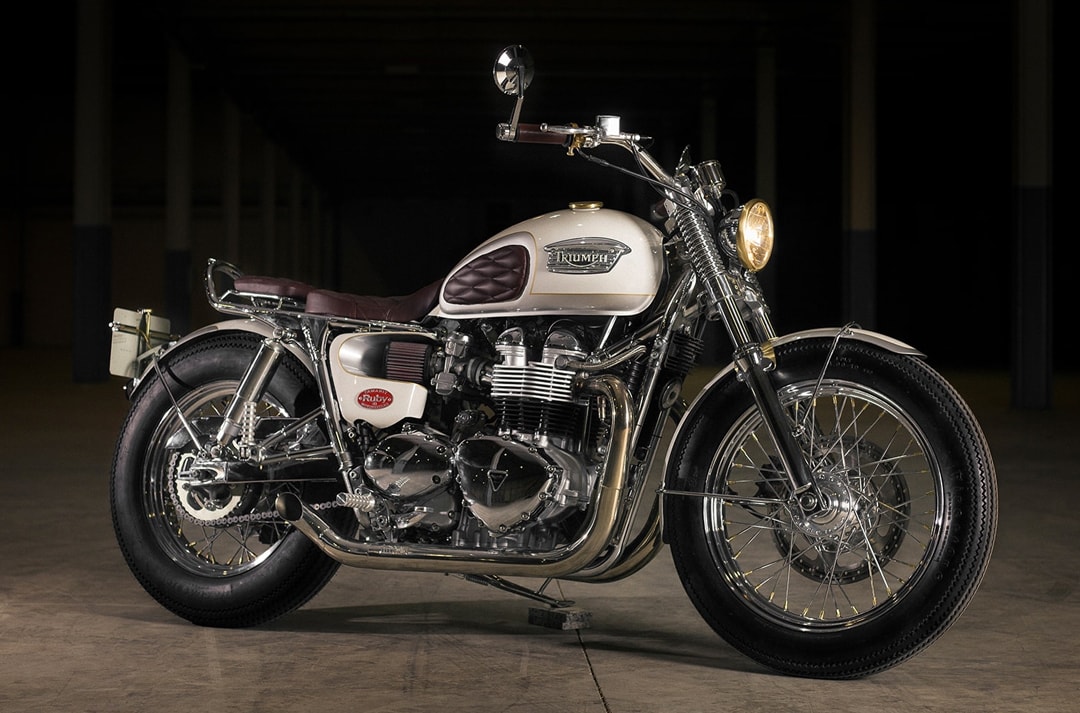 Speaking in this part of the entry of the secondary transmission Moto Guzzi V7 ii vs Triumph Bonneville, note that in the Triumph Bonneville is a chain type, which although more expensive and delicate to maintain, is the most efficient type of transmission of all and with less loss of power. On the other hand, the Moto Guzzi V7 has the gimbal system, which although it is very suitable for trips and long-distance routes, the loss of efficiency is greater due to the large number of gears and sections. Again, it is up to the buyer to see what fits their use of their motorcycle. 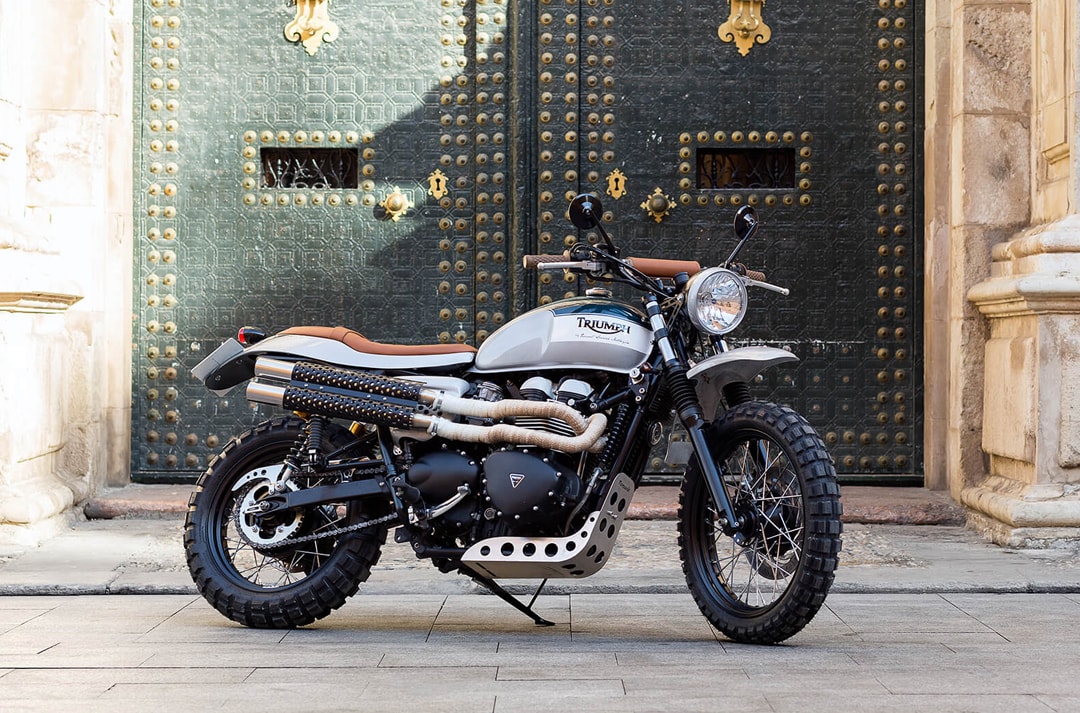 Triumph Bonneville T100 vs Moto Guzzi V7 classic. Although the gimbal type transmission is more expensive in terms of fuel, in the autonomy section we also have a certain difference from one model to another, since the Moto Guzzi has a fuel tank with a capacity of 22 liters and that of the neoclassical already discontinued Triumph of approximately 16 liters with a full tank.