Scrambler motorcycles, with their off-road commitment, with setups that ensure passage through any complicated surface but also perfectly ready to ride on the road, are an option that is gaining more and more followers in the motor world. Today we bring you a more than relevant comparison between two of the most popular modern classics motorcycles in this segment, which share numerous characteristics that we will go on to clarify below: today, on the Tamarit Motorcycles blog, Ducati Scrambler Desert Sled vs Triumph Street Scrambler.

Both launched in 2017 as star novelties of the classic catalog of the British and Italian brand, respectively, the Street Scrambler and the Desert Sled require an A license to be ridden, although they are suitable for a limitation that lowers the administrative claims to an A2.

Both bikes have been designed with the Scrambler concept in mind, that is, with a touch halfway between a naked and a trail bike, prepared both to survive to uncertain terrain and to surround the best paved road. Leaving for later the details of the cycle part and the engine, we can review in these bikes an always relevant detail: the Ducati is slightly lighter than the Triumph and has a tank with greater capacity, although the average consumption of the Triumph is excellent, as usual in the modern classics of the British brand, below 4 liters per 100 kilometers. In addition, although the Italians have put a lot of effort into the suspension and brakes of the machine, the Triumph model presents higher quality fittings, which is undoubtedly something to consider for any lover of modern classics.

In the engine section we see that the Triumph Street Scrambler model has a larger capacity than the Ducati, 900 cc for the latter's 803 cc, although it does not exceed it in engine power (55 hp, versus 75 hp). The engine of the Street Scrambler is the same twin-cylinder parallel that the Twin presented the previous year, with which it maintains an obvious direct relationship. It achieves maximum power at a few revolutions, specifically 5,000 (+3,000 less than the Ducati), giving continuity to a virtue that has characterized British modern classics motorcycles in all its production lines. In addition, in the line of the next-gen Triumph bikes, the Street is liquid-cooled, while the Ducati maintains air cooling. 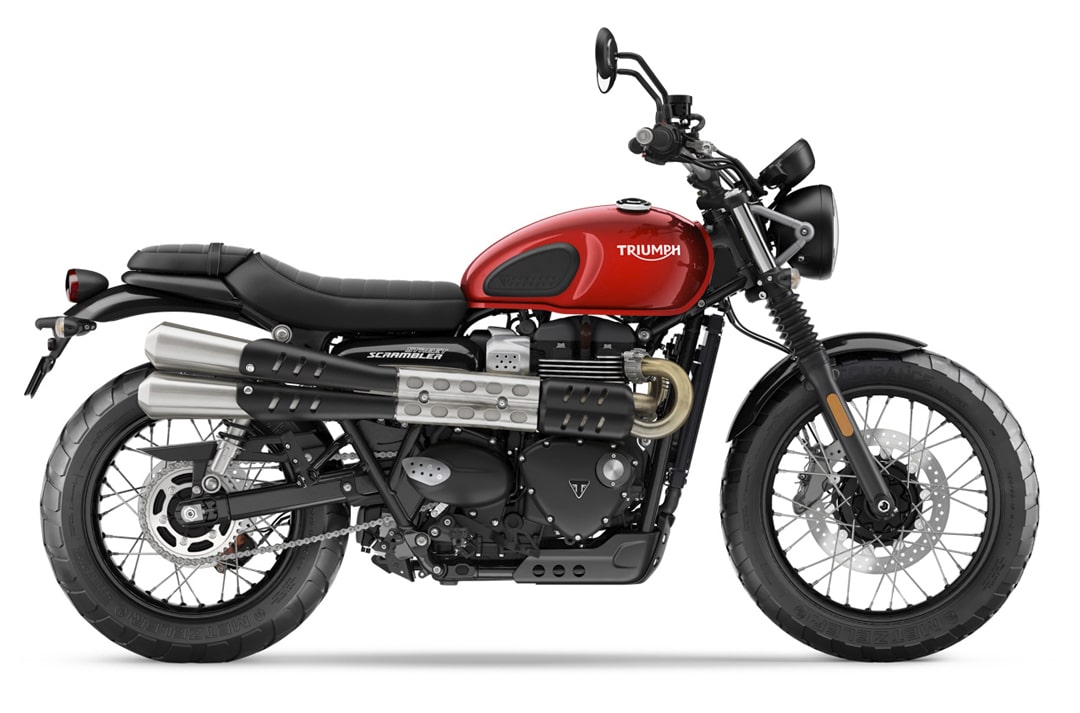 In the equipment field, the Ducati has a slight advantage in terms of performance, since it has focused its offer on getting a motorcycle with great brakes and suspensions, of a very remarkable quality. The Triumph, for its part, is not far behind, and equips Kayaba, and Nissin in the brakes, brands of contracted quality that the Triumph routinely use in the latest models of its multiple lines.

In the economic term, we find that these two motorcycles move in a similar segment, although it is true that the Italian motorcycle is somewhat more expensive (basic setup from € 11,150) than the Triumph, which has achieved a spectacular starting price of 10,395. € with its base set. It is up to the customer which one best suits their needs.