Today in the blog of Tamarit Motorcycles, we are preparing to uncover the pot of esoteric essences with this comparison, a priori sacrilegious but, as you will see, interesting and kind of juicy. This is the versus between the Triumph Thruxton 1200 R, the vintage sports queen of the eternal British firm, against the Royal Enfield Continental GT 535, the vintage motorcycle par excellence that arrives from Indian lands, ready to accumulate so many detractors and strong defenders as possible.

Fittings, capacity, technology... without a doubt, as we will see next, we talk about motorcycles that play in different leagues, linked however by the cafe racer and the same vintage spirit adapted to modern times, that marked the resurgence of modern classics motorcycles at the beginning of the century.

However, the Royal has a trick that is not negligible, and is that it is unique in its segment. At the level of modern classics café racer, there is none capable of competing with it at the same price.

For the rest, one of the most outstanding aspects of the Indian motorcycle is the difference in weight that it presents with respect to the Thruxton R motorcycle (230 kg approx., for the 185 kg of the Enfield), which gives it greater manageability, together with its minor distance between axis. In addition, the riding position makes it perhaps more appropriate for long trips, although this will always be a matter of taste.

It should be noted that, taking into account the (much) lower engine power of the Indian motorcycle, it can be ridden with an A2, while the Thruxton family motorcycle without limiting it will require an A license.

We have listed the virtues of the Royal. From here, if you are looking for engine power, there is no doubt. From the outset, we see a fundamental difference - the Royal Enfield works with five gears, lacking the sixth. In addition, another important difference is that it is air-cooled, unlike the Thruxton, which, like all NG Triumph, is liquid-cooled. As for the engine power, we are literally comparing a plane with a land vehicle: while the British motorcycle reaches 97 hp with 1200 cc and a 112 Nm torque that delivers power at very few revolutions, the Royal conforms to the 29 horses with 535 cc and 44 Nm. 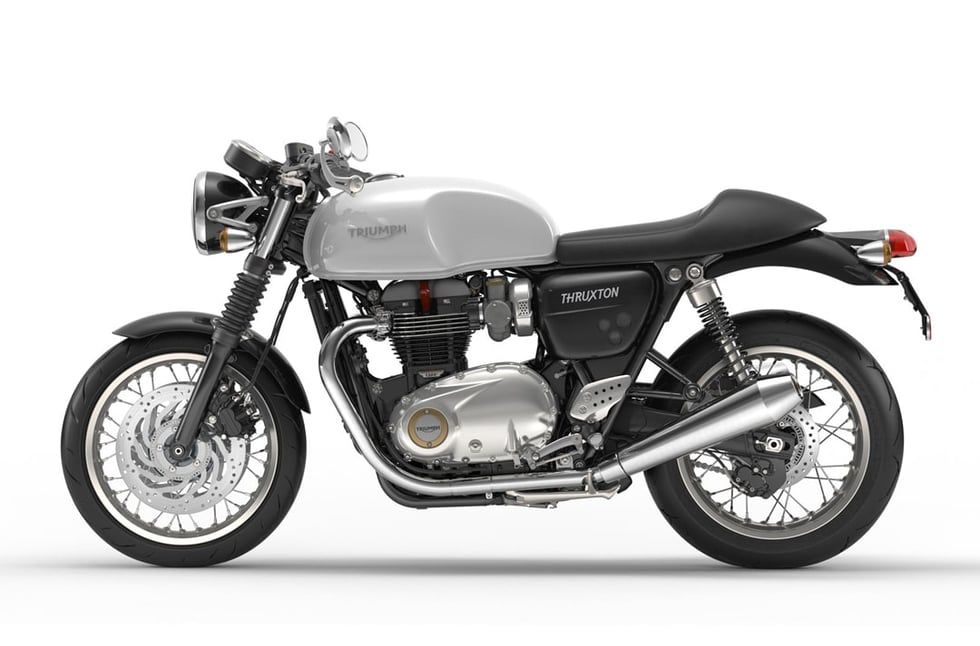 The same happens in terms of equipment and fittings. While the Triumph Thruxton motorcycle rides top-notch technology, with advanced electronics and maximum performance without sacrificing a retro aesthetic that transmits all the classic purity, with luxury fittings, the Royal goes with just the right ones, with a kit composed of practical, rough elements, without unnecessary ornaments and focused on functionality.

All this that we have commented ends in the key section that gives meaning to the rest: the cost of both bikes, and the reason why a serious comparison of these two bikes cannot be drawn without pointing out the difference of uses and the café racer spirit that binds them. Thus, we find the Royal Enfield at a price just over € 5,000 in its basic setup, which places it in a low-cost café racer segment in which Triumph does not compete. For its part, the Thruxton R goes above € 15,000, a price that is justified if we look at the benefits and fittings of the first order it offers.