Tamarit Motorcycles has specialized in certain models of Triumph motorcycles considered as Modern Classics. That is, Triumph models that, despite being newly manufactured, seek the inspiration and essence of those motorcycles that rode half a century ago. Although the look is undeniably classic, these bikes include a host of technological enhancement that bring the bike to the forefront of performance and comfort.

The main models that Tamarit Motorcycles works with are Thruxton, Bonneville, Scrambler and those belonging to the new Street Scrambler and Street Twin liquid-cooled range.

Triumph Bonneville is the literal meaning of "immortal". A motorcycle concept that has remained reissued through the decades, and yet its sale and production continues to boom. A perfect bike that solves every type of riding, every situation, every performance you demand, Triumph Bonneville will respond with great solvency and conviction. 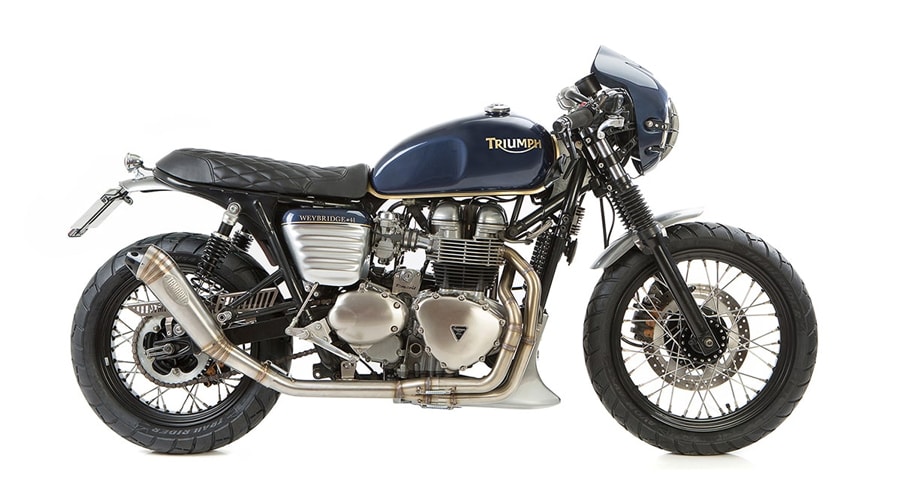 Perfect for multipurpose, the Triumph Bonneville perfectly is ready for a multitude of styles and concepts for an exclusive build: You can obviously turn it into a beautiful Café Racer, but you also would not be the first who wanted to turn it into something less usual like a Brat Style - or a Scrambler ready to be thrown onto dirt and other rocky grounds!

The Thruxton is another icon of classic motorcycling, also with the characteristic classic Triumph engine, and focused on performance and speed rather than comfort and multipurpose, as is the case with the Bonneville. Their Triumph motorcycle models have always been slightly larger in capacity, with 900 cc of the last run of Triumph Thruxton air-cooled, and 1,200 in the case of the new liquid-cooled generation. It should be noted within this model its most recent range, the Triumph Thruxton R, which is the paradigm of the classic motorcycle focused on speed, at the normal user level, of course. 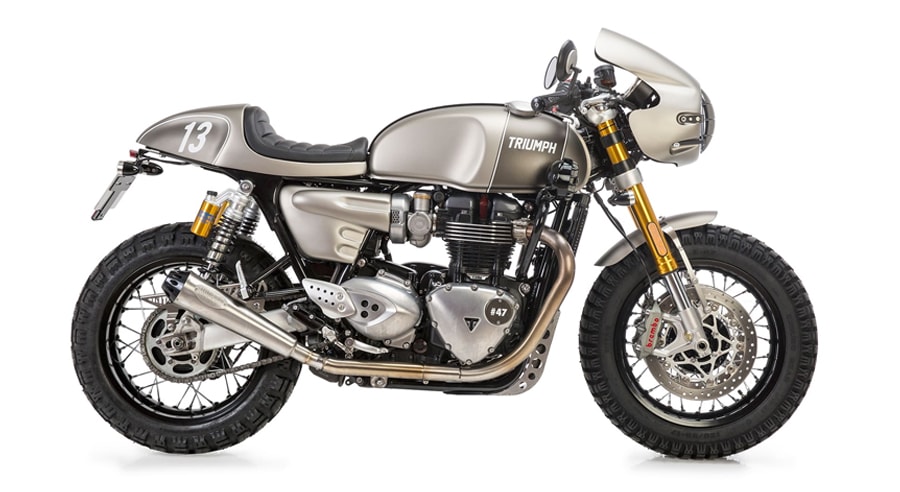 Most of the transformations made with this Triumph model as a base have obviously been the well-known Café Racer, with its stylized parts and its focus clearly at short distances but traveled in an elegant way.

There is little to throw into the imagination when the model is directly called Scrambler, a synonym for the term "off-road". The Scrambler is a motorcycle ready for any surface and requirement, with the forks strategically fitted a little more separated from each other. Also, the exhaust is in the upper area of the motorcycle, in such a way that it is free of any obstacle, a frequent scenario in these kinds of terrain.

With the arrival of the new range of liquid-cooled motorcycles, Triumph proposed a more affordable motorcycle line for the average citizen. A strategy that has been followed by practically all the manufacturers of luxury vehicles, adapting some models to a lower standard in such a way that more people can be reached - and therefore more sales!

The Street Twin is the limited model for A2 licenses, so it can be a great choice as a first motorcycle. One of our favorite projects, Comeback Special, is based on a Triumph Street Twin.

From the Street Twin, Triumph created an off-road version, in clear inspiration to the Scramblers of the past generation, and launched the Street Scrambler together with the Street Twin, with the leaks at the top and a clearly thought out-of-the-road approach, or a very comfortable use in the city.