What kind of oil does a Triumph take?

The oil circuit is an essential Triumph part for the contemporary motorcycle. It performs several essential functions that without which the engines of our motorcycles would not have by far the same performance or the same benefits, much less the same durability. The oil that a Triumph takes within represents a key role in tasks such as lubrication (it covers the surfaces that are in friction to reduce the friction of the moving components and reduce wear), cooling (the oil circulates to each part of the engine where the temperature tends to increase due to the heat of combustion and friction, absorbing heat and radiating it to the outside), sealing (by means of the film that is formed to lubricate the components a sealed effect is also created between the pistons, which channel the expulsion gases and improve the capacity of the motorcycle) and above all cleaning (the oil washes the sediments and carbon adhered to the interior surface of the engine, keeping the interior of the engine clean all the time).

Oil for a Triumph bike, how to choose the best oil.

You have to take into account many factors around your motorcycle to know how to choose the right motorcycle oil for it. There are many variants depending on which motorcycle and which environment, so if you are going to replenish the oil on your own, before buying, consider it. Oils are classified into two large families, minerals and synthetics. Although the minerals may be a priori functional and much cheaper, it is the synthetic ones that have the highest thermal stability properties (the usual temperature at which you ride greatly influences the viscosity and performance of the oil in question), of efficient duration and better performance in low temperature situations.

We can also be guided by one of the three major standards, the American (API), the Japanese (JASO) or the European (ACEA).

The API type is a classification system which judges the degree by which an oil can withstand the riding conditions.

SM ... Recommended for any riding condition

The SAE classification is a system used to determine under what temperature conditions an oil can be used.

The Japanese regulation is born in need of completing the American normative, since this does not contemplate the existence of clutches of more recent design, such as submerged ones, which are those used by motorcycles today.

This standard (JASO T904) was created to address the API's shortcomings, since the quality of the oil for submerged (wet) clutches used by today's motorcycles was not detailed.

Triumph as a manufacturer always recommends Castrol Power1, for its high viscosity, durability and performance throughout its range. 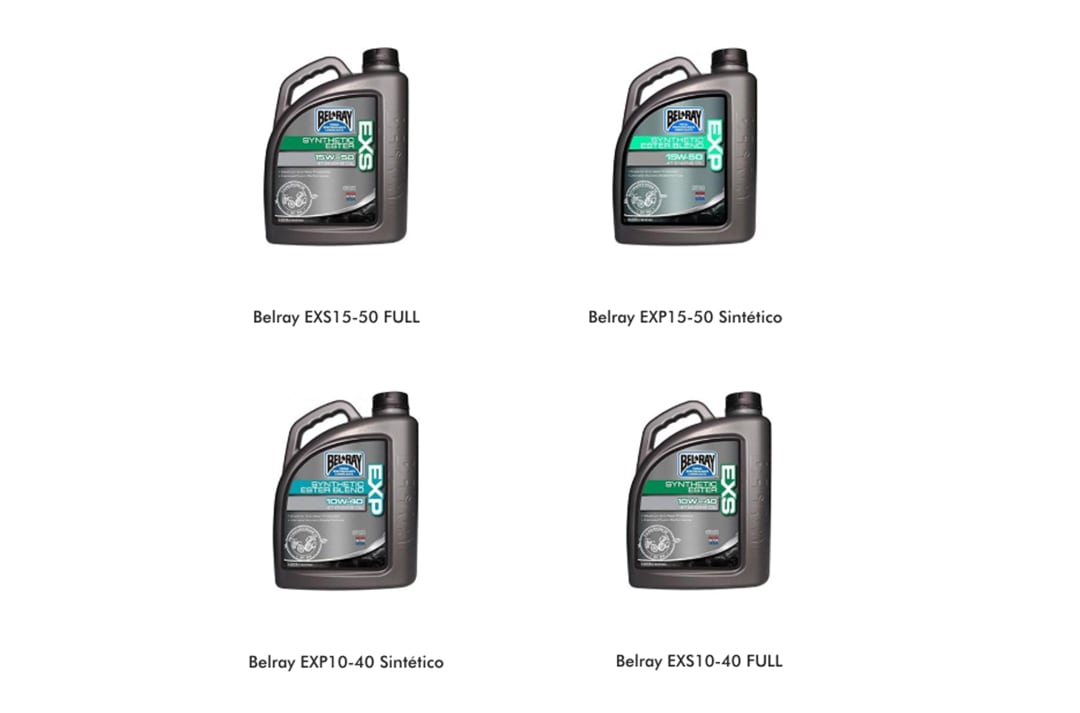 However, it is often preferable to opt for brands that are equally effective and yet much more efficient for less money, such as Bel Ray oils, a brand available in our parts and spare parts section: