The exhausts are one of the most important elements in a motorcycle, they not only have the purpose of evacuating the combustion gases to the outside, but also have a direct influence on the sound of the motorcycle. It is a basic part for the correct engine process and they are also a fundamental part of the aesthetics, being one of the most striking elements. It is highly demanded not only for improving motorcycle performance, but also for its aesthetic value. Below you will find the main features and two of the best exhausts for thruxton r.

The main purpose of the exhausts is to evacuate the gases generated by the combustion engine, so it improves the performance of the bike and influences the noise it produces. This system is formed by a collector located at the exit of the engine cylinders, thanks to an extension they have, and consists of an evacuation device and a silencer. The silencer is the part where we will find the greatest difference from an homologated model to another no homologated. 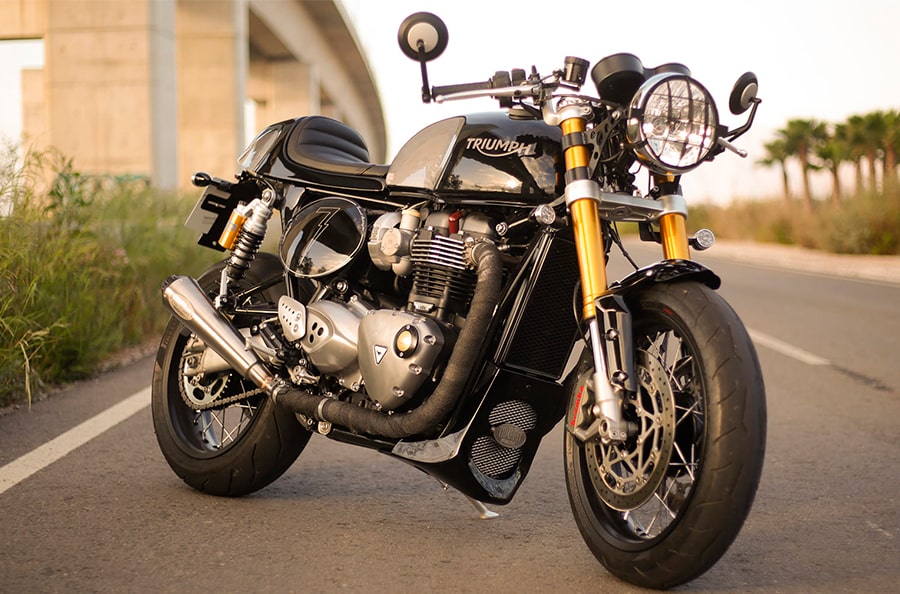 The homologated exhausts have a specific structure where the combustion gases follow a route, so they are more silent devices. In the case of no homologated exhausts, this structure is missing, so the gases go directly to the exit. The only element that will absorb the sound is, as in the homologated ones, an absorbent layer of glass fiber that is in the interior. With this last type of exhaust, the motorcycle is slightly increased, which also increases the engine noise and consumption. 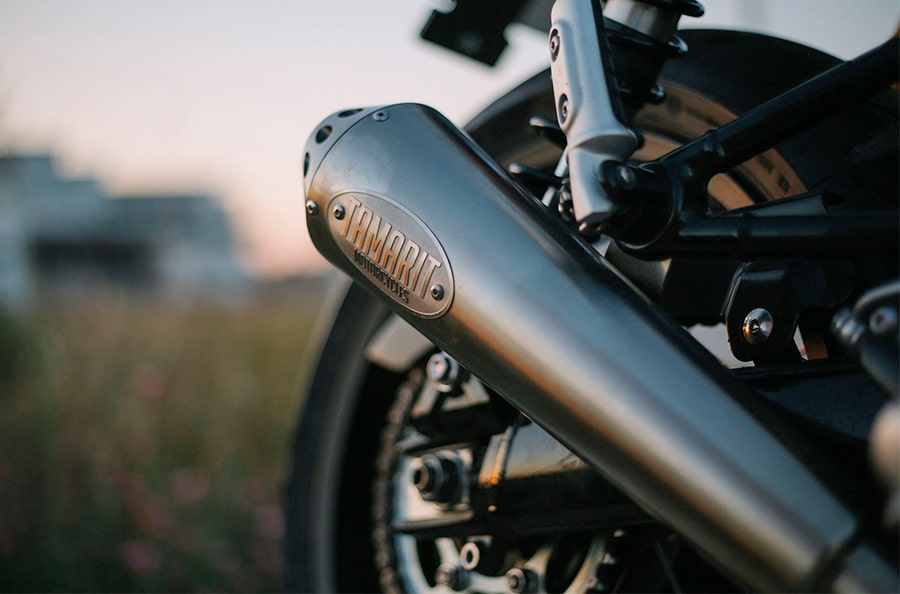 This exhaust kit for thruxton r includes the corresponding silencers, clamps and bushes for installation. The exhausts for Thruxton r Apolo are 45cm long, with diameters from 7 to 10 cm and are compatible with the new generation Thruxton 1200 and 1200 R models.

The install of this device is easy to do, since all the parts for Triumph from Tamarit Motorcycles come with the same anchors as the original ones so you only have to replace one part with another. Without having to make any kind of variation or modification to the bike. Apollo exhausts are handcrafted with stainless steel and aluminum. You can see its finish look in some of our Triumph motorcycles projects like Babieca or Sombra.

These exhausts for Thruxton r have been adapted to fit perfectly with the aesthetics of the new generation, such as Thruxton 1200 or Thruxton 1200 R. Inside this set you will find the pair of exhausts together with the stainless steel flanges and the necessary bushings for the installation. As in the previous case, this part is configured for an easy install, since it comes with the same anchors as the original part, you only have to replace one part for another.

The body of the exhaust is made of stainless steel and the cover is made of aluminum, both with high quality materials. You can find the Thor exhaust in one of our latest creations Café Racer, the bike known as Malasangre.