Tamarit Motorcycles is a company dedicated to the design and manufacture of parts for the modern classics of Triumph, which are the Bonneville cafe racer, Thruxton and Scrambler models. Later on, a new generation with liquid cooling has been added in which the economic model "Street Twin" appears and which has been a huge sales success.

The cafe racer seats, painted to the client's taste, are placed on the motorcycle easily and quickly, transforming the motorcycle into a completely different style. A style that many customers are inclined to is the Cafe Racer style, which you may have seen online on those classic motorcycles with stylized fairings.

Although the range of parts for the Thruxton R is extensive and you can basically modify parts in any area of the motorcycle, one of the most significant parts when changing the look of your motorcycle is the seat (or seats). Many people prefer to get rid of the default brand seat to replace them with custom part that go more with the owner's taste. On the most powerful motorcycle in the Triumph modern classics range, the Thruxton 1200 R, it is very common to change the seat at home (either a square or the Double Comfort) for the Cafe Racer Thruxton R Seat "Monaco", the designed seat by Tamarit Motorcycles for this range of motorcycles. Also say that it is valid for the 1200, having this model the same chassis as its top-end model. 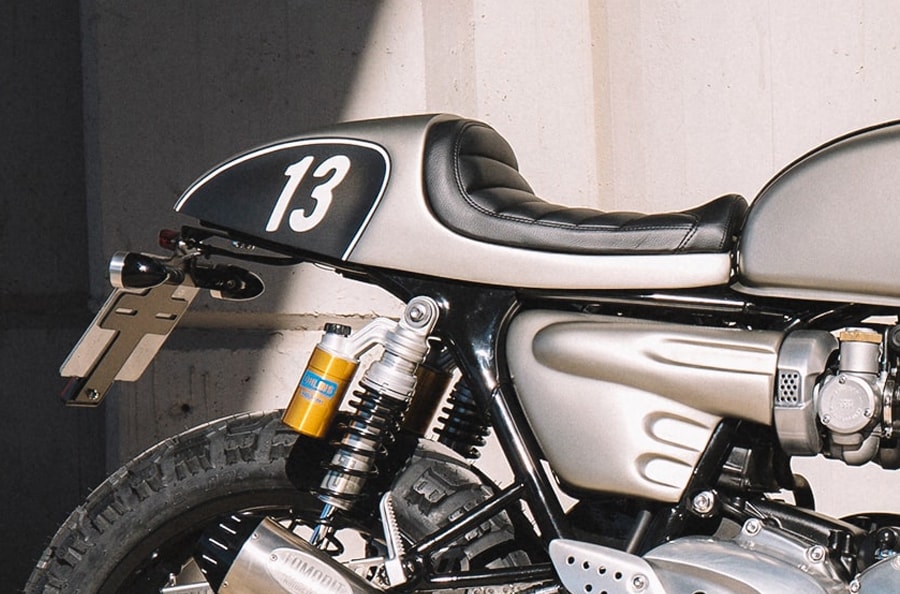 The Monaco Thruxton seat is made of high quality fiberglass and the padding is lined in fire retardant and water-repellent nautical fabric for greater comfort and durability of the part. To a better service, Tamarit Motorcycles offers you the option to paint this part in the original colors with which Triumph brings the motorcycle to the market: Crystal White, Silver Ice, Gloss Black, Matte Black, Competition Green or Diablo Net.

But we also think of those who have a previously built the motorcycle, so it includes a completely custom paint option, in which the client can pass us the new color code of his motorcycle and we paint the tail and the rest of parts in that color.

The Triumph Thruxton Cafe Racer and the Café Racer style have been with Tamarit Motorcycles since the beginning of this house. The first part that we did was precisely the café racer Jarama, the father of the Monaco Seat, which was designed to be installed in the Thruxton of the previous generation (those manufactured until 2016 and air-cooled). The shape of these cowls for Thruxton tries to mimic the ones of the tank, with the oval features of the modern classic tank being more pronounced in the Monaco Seat for Triumph Thruxton 1200 and 1200 R. 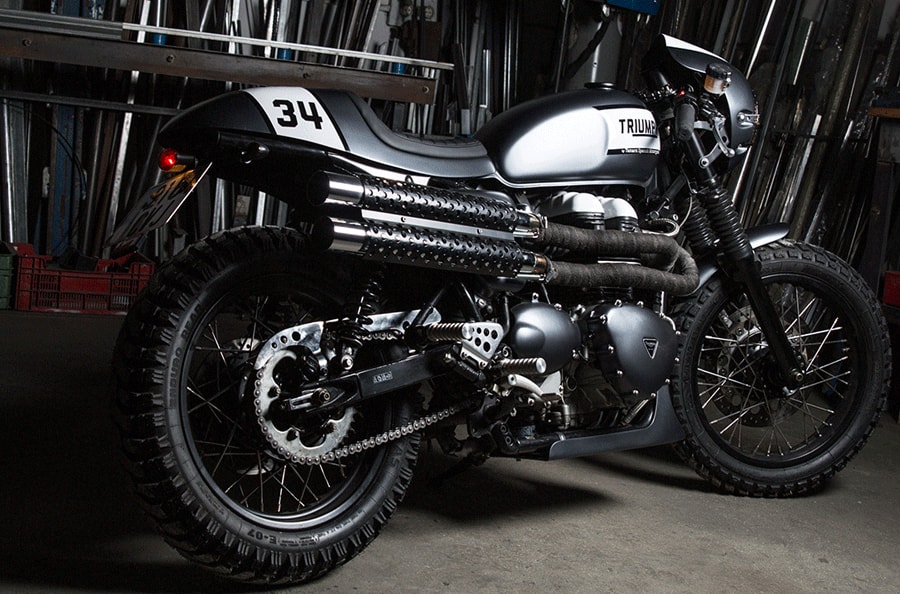 The Monaco cafe racer seat is the key part for the makeover of a Triumph Thruxton. All our build projects that have had a Triumph Thruxton 1200 as a base have been fitted with the Café Racer Seat. You can see on our website the initial projects of this range, Babieca and Sombra, or the latest high-impact projects such as Julina or Dakota, in which the café racer colin plays a key aesthetic role in the overall assembly of the motorcycle.

As always, we are at your disposal for any questions you have on our contact forms or at the email address info@tamaritmotorcycles.com.