Since the current bikes made an appearance in the middle of the last century, one of the biggest concerns that drivers have had has always been the position and comfort of driving. This largely goes hand in hand with the handlebar that the motorcycle has incorporated. A well-balanced and comfortable handlebar can make driving a pleasure, but still look a bit rough and lacking in style. However, a much more stylized handlebar and a priori more beautiful for Instagram can turn your motorcycle ride into a nightmare and create some bone and muscle pain that you would not hear or see in classic motorcycle magazines and cafe racers style fans.

The motorcycle cafe racer handlebar is par excellence the sporty cafe racer handlebars or the clubman, which gives the driver a position that is more inclined and aerodynamic, being speed the first priority of the British who founded the Café movement with their careers. A higher handlebar means more comfort, but also in the same way a position which, being more upright, makes you have a great aerodynamic resistance, which is fatal in terms of consumption and comfort at high speeds. It all depends on the habitual use that you are going to give to your cafe racer motorcycle, so that if the use is mainly urban it will be convenient for you a type of cafe racer handlebar, and if you are one of those who frequent routes to habitually travel at high speed you another type of handlebar will suit you better. 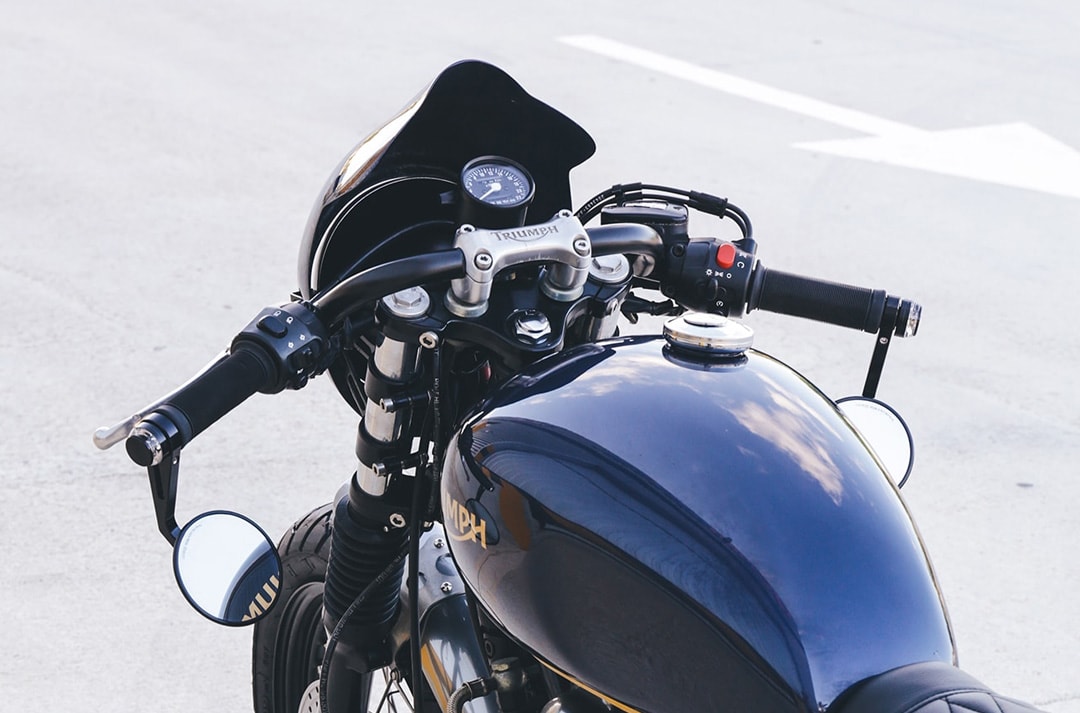 Cafe racer handlebars have not a difficult installation, as long as it is done in terms of safety and is carried out with the appropriate knowledge and tools.

In the case of the cafe racer handlebar par excellence, the semi-handlebar, when installing it in the triumph cafe racer it will be observed that due to its broken configuration, it will leave a hole in the middle where part of the original handlebar was. Tamarit Motorcycles developed a simple but useful part to fill the gap that remains resulting from the change in question. 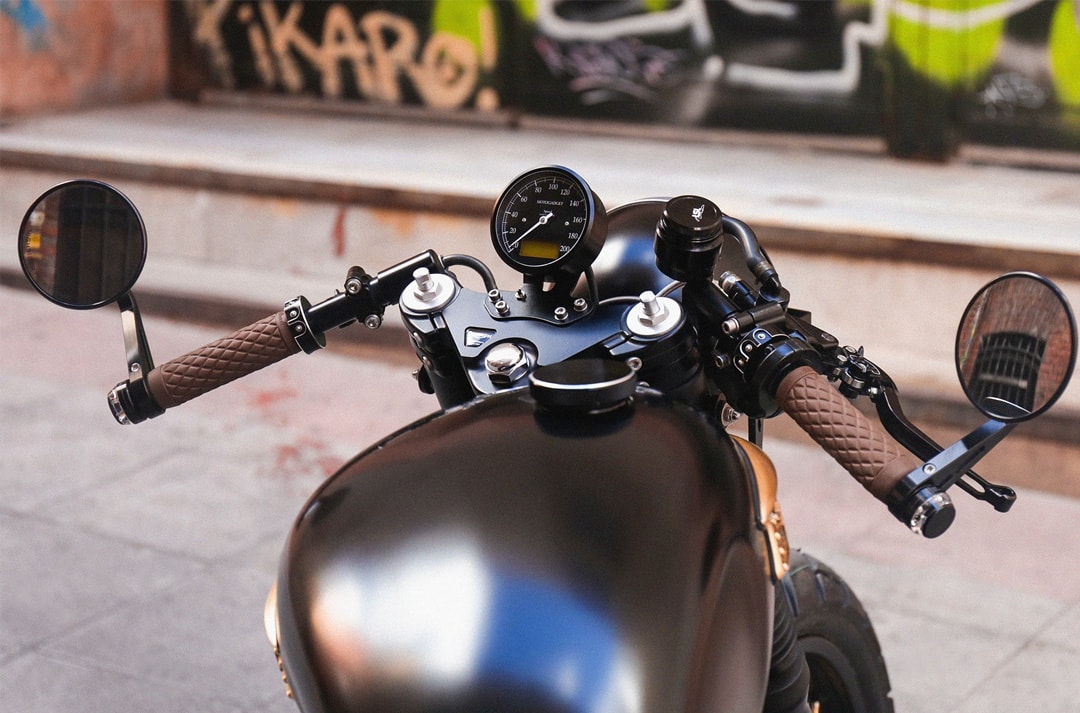 There are several handlebars that can be considered Cafe Racer apart from the semi-handlebars. These are the already mentioned Clubman type, the plans and shorts (which can be seen in the Tamarit Speedster project) and in case the modification project is more transgressive or more focused on the Brat Style, you can also install a brown handlebar Scrambler or Cross racer. You can know more of our Café Racer handlebars in action on our Triumph Bonneville Cafe Racer projects.