When we make blog entries talking about a product we basically talk about any new release in our catalaog but if the think about what would be the best selling parts of our website we found parts such as the Triumph front fender.

We are going to talk about the Triumph front fender, it's easy to get that a motorcycle is equipped with two front fenders, front and rear. The motorcycle we work with, such as the Triumph Bonneville or Triumph Thruxton have different anchor points for their fenders.

As a fact, we always say that the parts we make at our workshop, can be installed by everyone back at home, most of these parts have no need for a mechanic or a professional in order to install them properly.

The old air-cooled generations have the same frame, it doesn't matter which model could be. When we started to make the first moulds and cases for Triumph Bonneville front fender, Triumph Thruxton fender and triumph scrambler mudguard we noticed that the same front fender was valid for all three models of Carburation and EFI, from those that were manufactured on 2000 to those until 2016. This front fender is named Little Bastard, it has a summit in the middle and it's much shorther than the stock one, the aesthetics of this front fender is way different from the stock front fender. 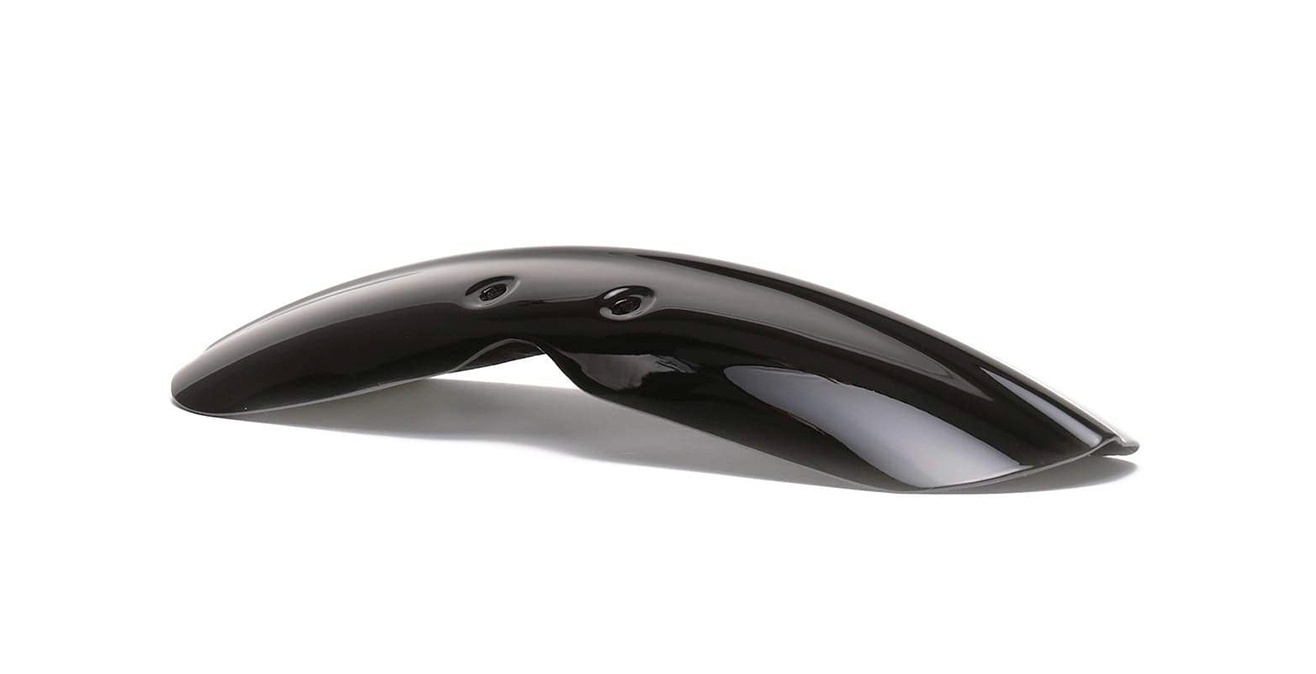 The second front fender was made under the several requests of many clients, who asked for a plain fiber part with a metallic bracket, that also would have to fit again every model of the old generation air cooled Triumph Modern Classics. 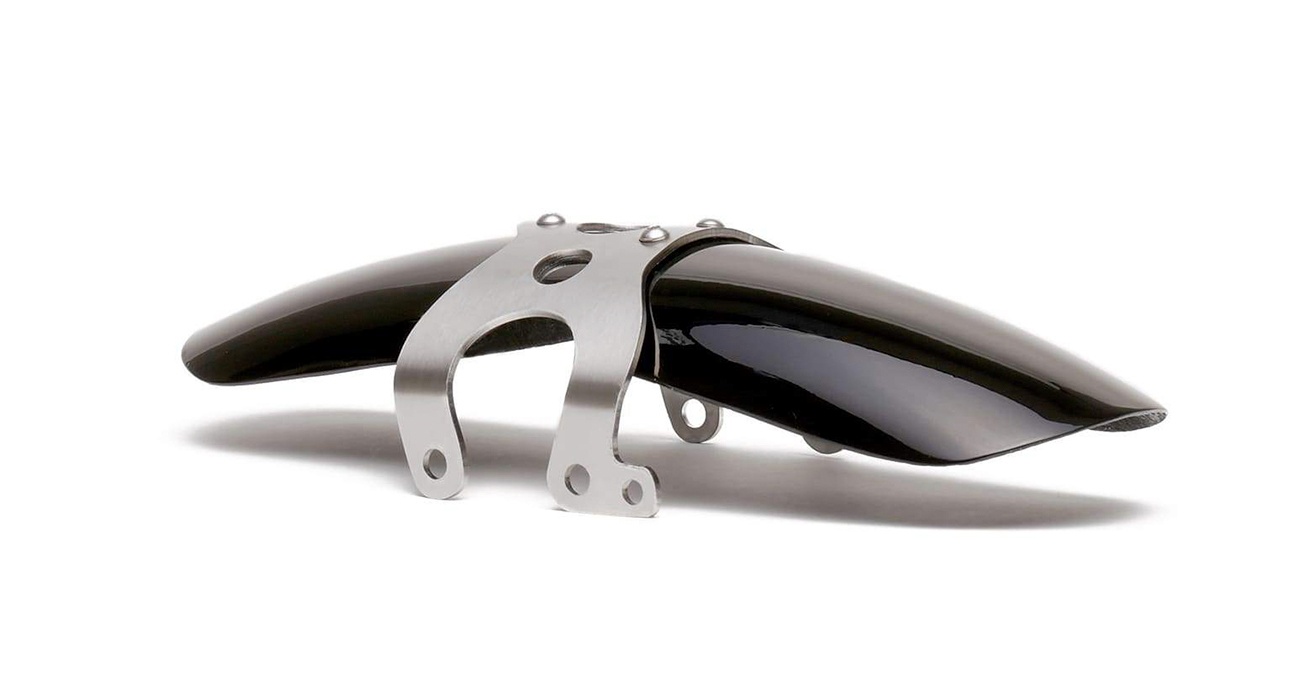 Maybe the most significant part that everyone ends up taking out from the Modern Classic Triumph is the rear fender, on its stock configuration, the motorcycle is equipped with a enourmous classic mudguard with a turning lights big as a pair of lemons. The part that replaces the stock rear fender is a piece made of metal that holds the number plate shaped like an "L" and acts like mudguard and number plate holder. This is probably the most significant aesthetic change. Here you have, in order to properly compare, a picture with rear fender and without.

In 2016, after 16 years of manufacturing air cooled models, the english company decides to release new motorcycle models, the new generation of Modern Classics. The models to be released and re-edited are the new Bonneville, Thruxton 1200 and the brand new Street Twin range. We were fairly surprised when we discovered while working on the new bikes that every model will have a different frame. We didn't flinched and following our coroporate philosophy of making plug and play, easy to install parts for Triumph Modern classics we had to develop new moulds for every different motorcycle model.

Nowadays in our website you can find a front or rear fender for every Triumph Modern Classic model. Moreover, on the new generation ones you may find the option for painting them in your stock colour. Therefore, if you have a Triumph Bonneville T120 Silver Ice, you can have it painted your front fender that way. 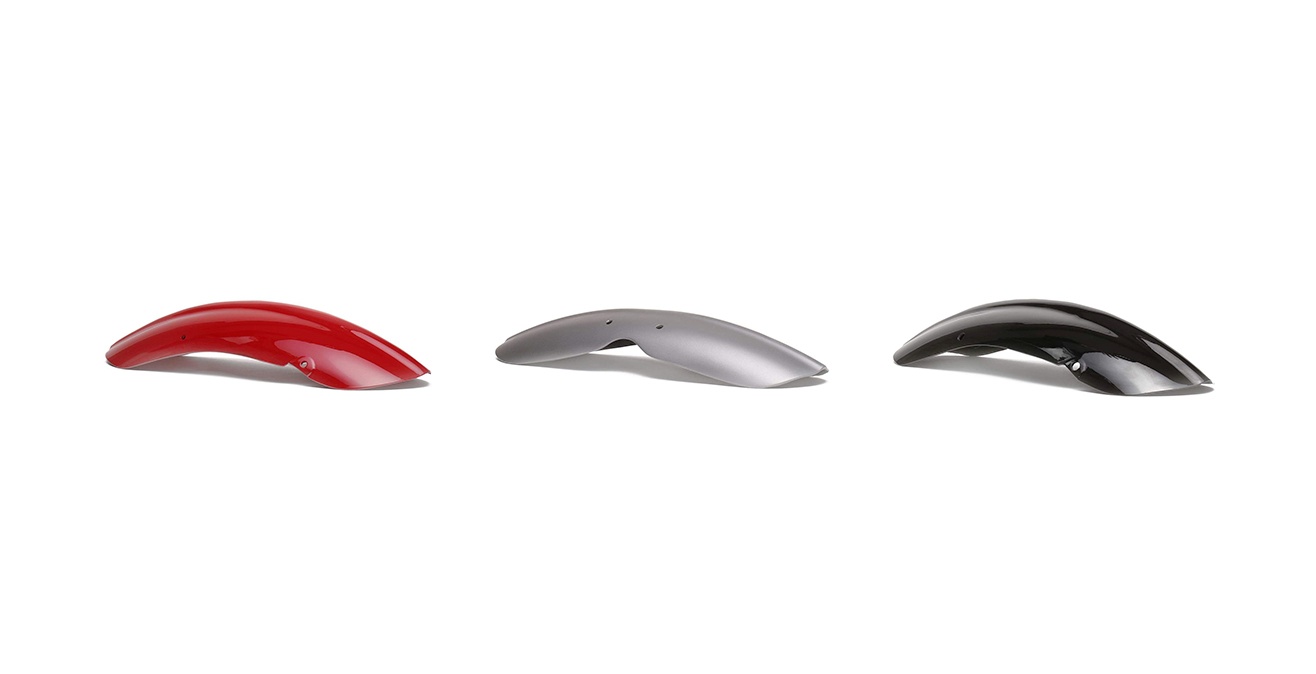 As always, thank you very much for staying tuned and let us know every doubt or comment you may have.