The Dirt Track is a sports discipline originated in the United States, but which has gained a foothold in Europe. Aboe all, it is in Spain where the participation of MotoGP riders in competitions of this modality has drawn the interest of the fans, now wanting to know more about Dirt Track riding.

This modality of speed motorcycling is performed on oval-shaped dirt tracks and runs counterclockwise during short qualifying rounds. The fastest riders through the rounds the fastest will be the ones to make it to the final, ensuring an exciting journey from start to finish.

The Dirt Track technique is characterized by skidding with the motorcycle in curves where it is vital to know when to brake, control the gas point, knock down the motorcycle and slide the wheels through the terrain. The support of the left foot on the ground by the pilot, is the most spectacular moment of each lap. This support allows to control the skid, so the rider can achieve the optimal orientation and speed in the curve. Due to this, it is common for pilots to wear an iron sole that helps them to put their foot on the ground, not getting stuck and thus exerting the necessary force to control the course of the skid.

The Dirt Track motorcycles of this modality have a particular characteristic and that is that they lack a front brake, by regulation. The tires used by these bikes are also characteristic, as they are designed to favor a grip that allows skids to be carried out at speed but safely. 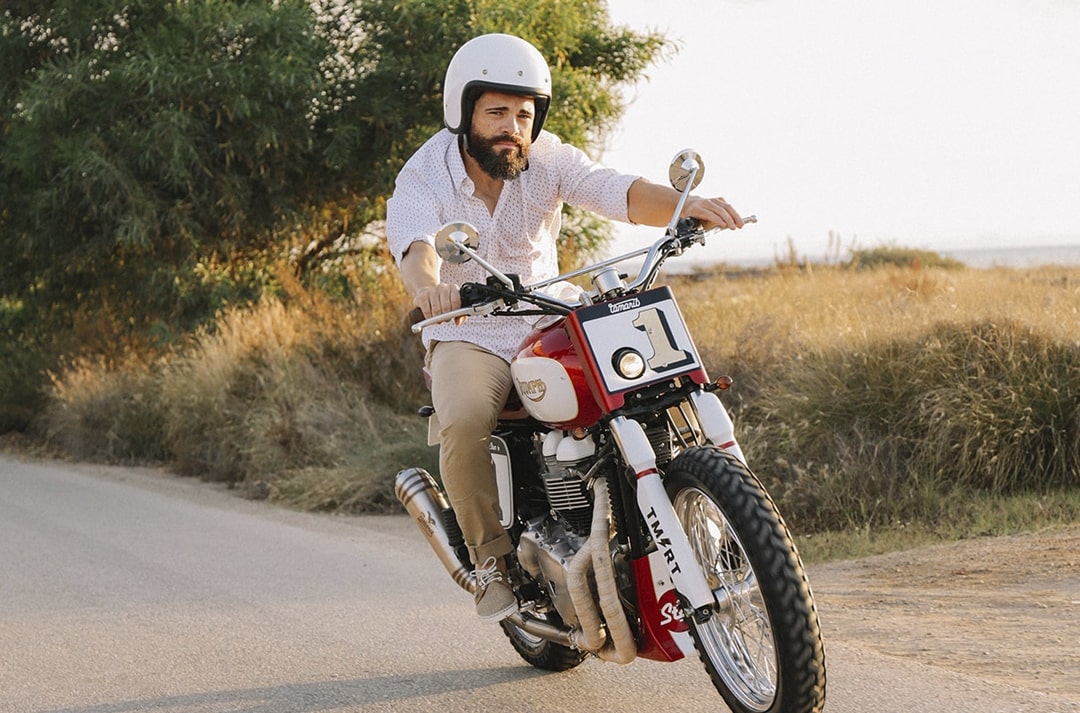 Starting with the theory of the Dirt Track technique, you must completely change the way of riding to enter the oval, even if you have experience in off-road motorcycle. During the whole route you must keep in mind that the distribution of body weight is essential to control the motorcycle during the race. It is important that the weight is balanced to the front, so the rear is released and you can drift with greater stability.

Along with weight, legs and position are essential to have a good Dirt Track riding technique. The right leg should always be pressed against the tank, side with the foot exerting downward force on the footrest. However, the left leg is flexed, with the foot touching the ground and vertically to the path of the motorcycle. The foot returns to the footrest when we exit the curve. It is important that the leg is never stretched, because it can lead to very serious injuries. On the contrary, it must always be flexed, to touch the ground without stopping the line. Precisely to favor this slip of the foot, the dirt track boots have metal soles that prevent the foot from getting stuck in the ground.

As for the brakes and gas control, for a good Dirt Track technique, we must learn not to cut gas and play as little as possible with the gear change. By maintaining the throttle, we ensure a more stable ride and prevent the bike from making out-of-control movements. You can reach the corners with the gas powered, but you should always keep a determined attitude and lean the bike, causing the wheels to skid and thus controlling the speed.

As we have mentioned, the ideal is that you do the circuit in one gear without touching the change, but this is something easy to say and difficult to do at practice time, especially the first times you enter the Dirt Track. The part that differentiates this modality from others has a name: curves. During Dirt Track riding, braking is carried out by skidding around corners and against the handlebars, to slide the bike in the same direction. The pilot's inclination can be quite impressive and although it may seem easy, the difficult thing is to do it correctly and quickly. Once inside the curve, we must accelerate. At this time, the weight of the body influences a lot and the main thing to go out with speed is not to overdo it in the skidding, because it will make us lose a lot of time and speed.

It may seem easy when reading it, but we encourage you to try getting started in Dirt Track riding, so you can see first-hand why it is a discipline that is gaining more followers every day. In the end, practice will get you to get safety with the bike, the track, the brakes, leaning, etc.