The world of Café Racer proposes numerous accessories that are more likely to modify the inside of a classic motorcycle than others. Due to the fact that modifying a large part of the mechanical parts was already more typical of past times (in which simple and open motors and the lack of regulation facilitated these practices), above all, it was essential to have the fastest and most agile motorcycle in the gang, and with it to be able to cross the avenues and roads between towns in a jiffy.

Today, due to type approval standards and increasingly complex modern engines, today's modifications focus more on aesthetics than mechanics. Among the elements that are modified in this tirade, the cafe racer headlights take on a lot of prominence.

The most common motorcycle cafe racer headlight is usually one smaller than the one at home. Something very common in the Cafe Racer motorcycle modification stream is to decrease or simplify all the electrical equipment of the motorcycle in question. In such a way that it gives rise to a clean and compact motorcycle. There are other clients who like more to recharge and leave their motorcycle the more full of things. but for that the tastes and the colors were made.

The motorcycle cafe racer headlight is usually 3/4 size from the original house, which makes it win many integers regarding the aesthetic part since in the end the house headlight is very large and bulky, and that, expensive Modifications to the front such as supports, fairings, odometer or handlebars, makes things significantly difficult.

This 3/4 headlight is typical for Tamarit Motorcycles cafe racer projects.

The cafe racer headlights available on Tamarit Motorcycles website are imported and specially indicated for modern classic Triumph motorcycles, both those of the old generation air-cooled and the new liquid-cooled ones.

Also depending on which type of Café Racer frontal is preferred, there are available to the customer some small led headlights (pending of homologation) to be embedded in a completely customized fiber frontal and thus radically changing the appearance of the motorcycle. 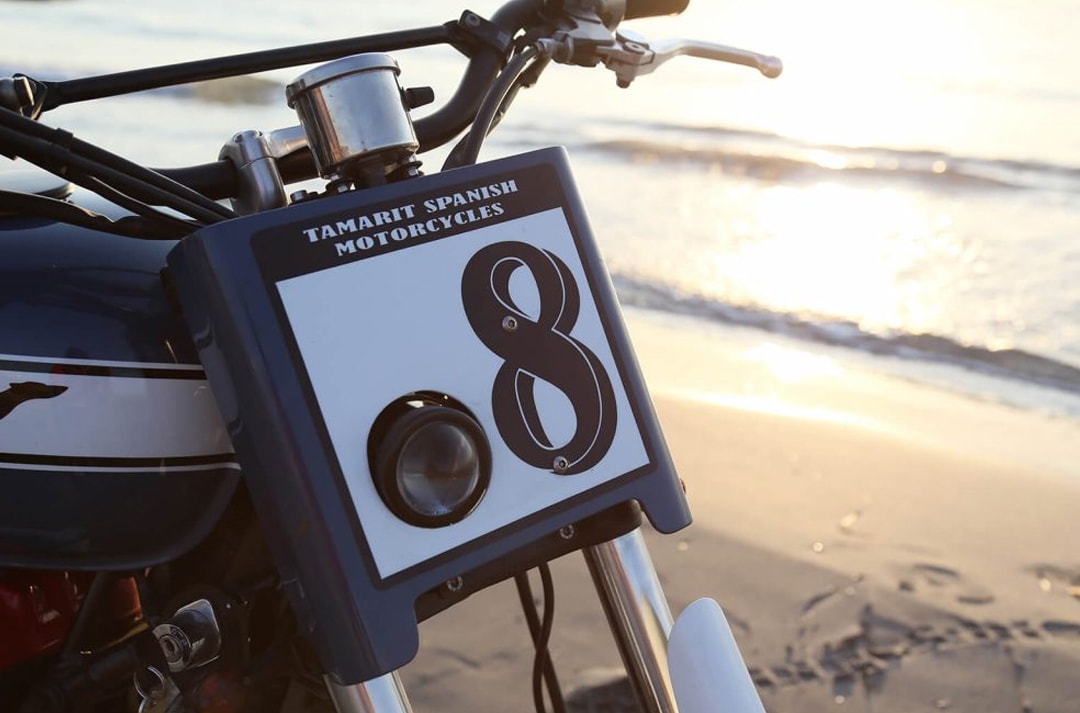 As an external complement to a modification with cafe racer headlights, you can also include imported PIAA brand fog lights well screwed into the fenders or elsewhere, which have been installed with great success and impact in cafe racer projects and recent brat styles such as the Bonneville T120 Matricer or the Café Racer hybrid made on a Triumph Thruxton 1200 R named Infected project.