We have been witnessing for a long time now the use (and increase) of a marketing action in recent films: product placement. A good example of this practice is the Jurassic World saga where we can found the so-called Triumph Jurassic World. Truly a highly effective mechanism that puts the hero of the film on a product that was already quite desirable.

Juices that were drunk inside out, pizza boxes with the logo on the front of the lid, any formula was valid to be able to place a product on launch and put it in front of as many eyes as possible. Despite the fact that in the mid-century subliminal or placement advertising had a certain setback (leading to the creation of fictitious brands to enhance certain elements of the plot, such as the ACME products of Coyote and Roadrunner), after a time could rise again after a while and consolidate as we say in the 90s.

Recently we have seen how advertising elements have not only been part of the set, but part of the same plot. A commercial element being an active part of the script, which neither short nor lazy, due to contractual clauses bring out the brand and model helping the protagonist at a key moment. Who didn't want to own a yellow and black Chevrolet Camaro after watching Transformers? Or have you had the impression of great luxury in everything the Bvlgari firm has worn since you saw Mission Impossible 2? 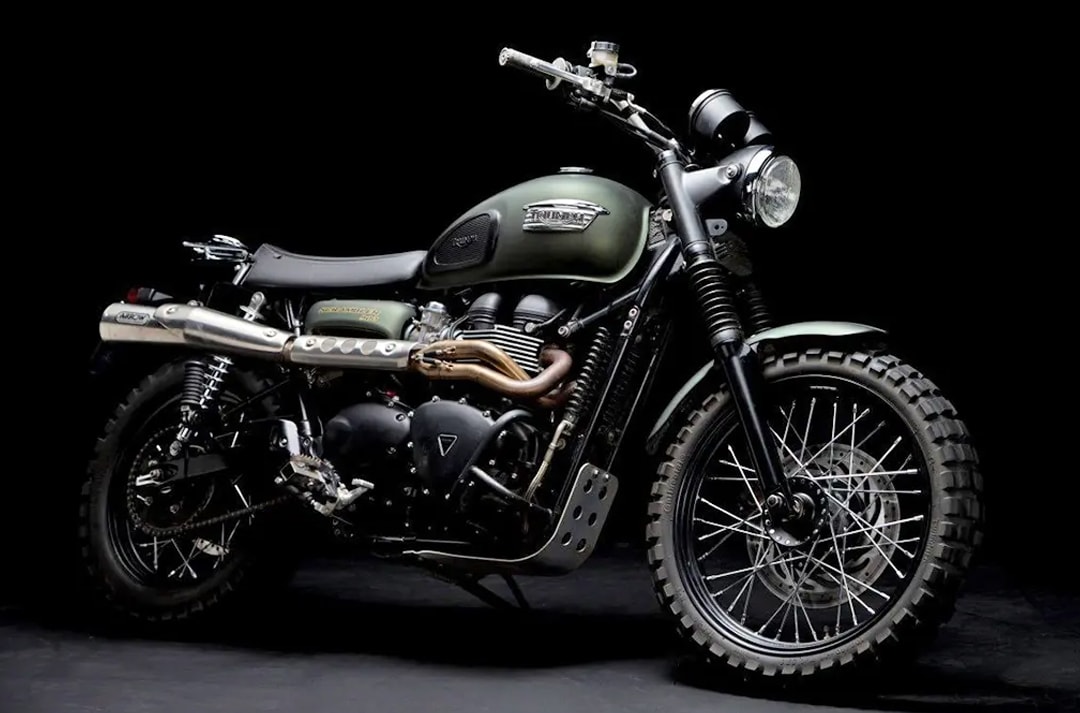 That's what the guys in the Triumph Motorcycle Marketing department were thinking, when they decided to put a Triumph Scrambler Jurassic World under the buttocks of Chris Pratt in the new generation of Jurassic Park movies.

At a key moment in the plot, when velociraptors uncover themselves as useful search and trace animals, Chris Pratt leads a search party on his air-cooled Triumph Scrambler 900, which drives at full throttle to keep up. Antediluvian creatures, genetically cloned for the occasion, roam the jungle at full speed. 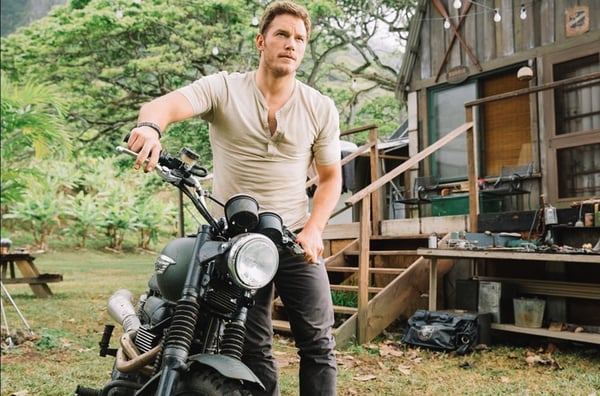 Said scene Triumph Jurassic World is remembered by all as one of the most spectacular, and although very commonly used, it is also part of one of the revelations that the trailer once made, since segments appear in the main trailer of the film. of this scene with the Triumph Scrambler 900 where, unlike the previous movies where the velociraptors were animals which the human served as a snack, this time they are collaborating for a greater cause.

As a note, to say that to record the different scenes, Triumph prepared three identical Triumph Jurassic World motorcycles in total, and at the end of filming one was given to the actor, the second went to the Triumph museum in the United Kingdom and the third was auctioned in favor of the Distinguished Gentleman's Ride foundation against prostate cancer, which organizes large motorcycle rallies that many of you will know well given their magnitude.