Rumors about the new Triumph Scrambler

Little by little, the release date for the new motorcycle from the Triumph Modern Classics range approaches and this is definitely, the motorcycle I was waiting for badly: The Scrambler 1200, the motorcycle was left to release.

Back in 2017, they released the Street Scrambler, which was meant to be the new offroad motorcycle of the modern classic range, replacing the old air cooled Scrambler 900. Based on reviews and some comments of friends and official dealers, the Street Scrambler was surprisingly a model that has been sold really well.

About a month ago, Triumph released a press note where it was announced that the brand would release a new Modern Classic model, the Scrambler 1200. Only a few ours later, several pictures emerged on the internet giving us some hints about the motorcycle aesthetics. 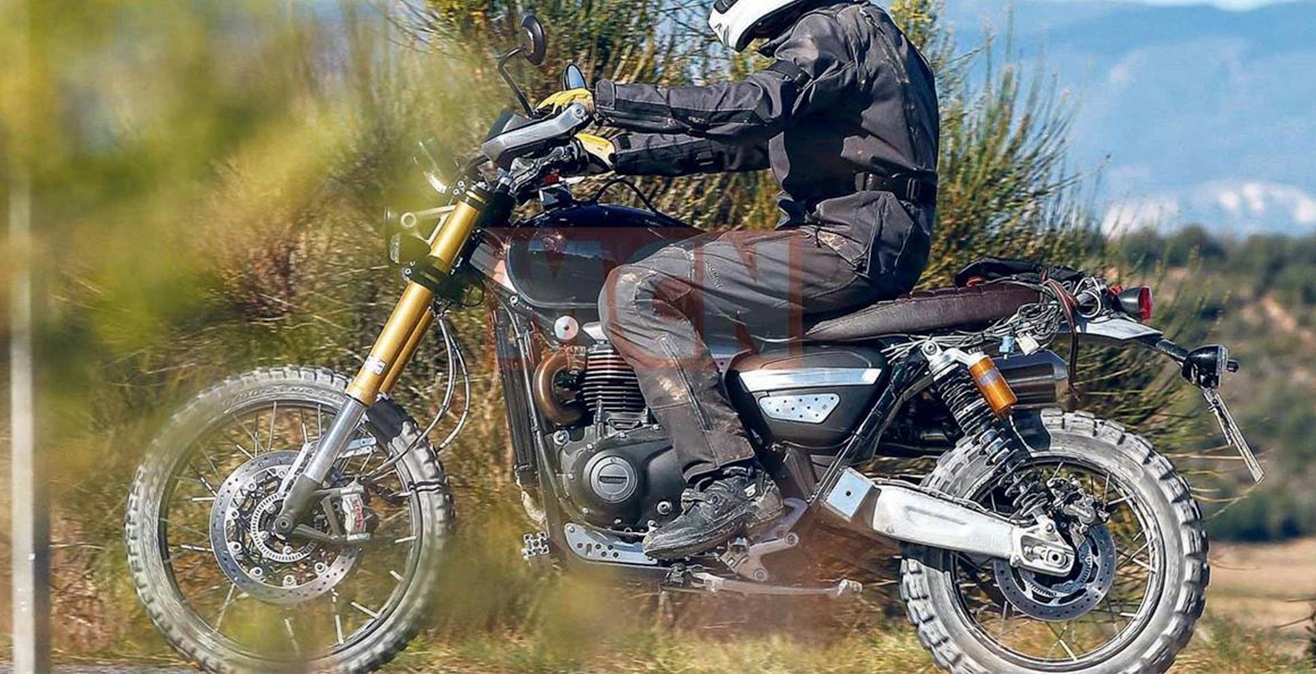 We think, and this is only a long shot, that the model to release are not one but two Scrambler models: the regular Scrambler and the Scrambler R, something similar to the new Thruxtons, because we don't think that in october the brand would only release one bike at the showcase. We got this conclusion because we've noticed that on the leaked pictures, some of the prototypes appear with inverted forks (like the Triumph Thruxton R) and some others not.

For us, when a new motorcycle comes up is somehow like a bittersweet feeling,  since we can't release parts and accessories like crazy for this motorcycle until a project based on this one comes up. We genuinely reject to release parts for a motorcycle we haven't worked with. Therefore, from the time that the bike is released until we are able to develop parts for it could pass months. Matter of last resort is purchasing the bike, transforming it and then release it as a project.

Some of these words are written by one of Tamarit's founders, who wanted to share a few lines with you once a week. I'm 1'86 m and almost 100kg and when I ride a Street Twin I see my self enormous on the bike, that's why the bikes I like to ride the most are the Scramblers, due its height and the hardy feeling of them.

You may find below a few more pictures of the new Scrambler bike that have leaked out around social media. 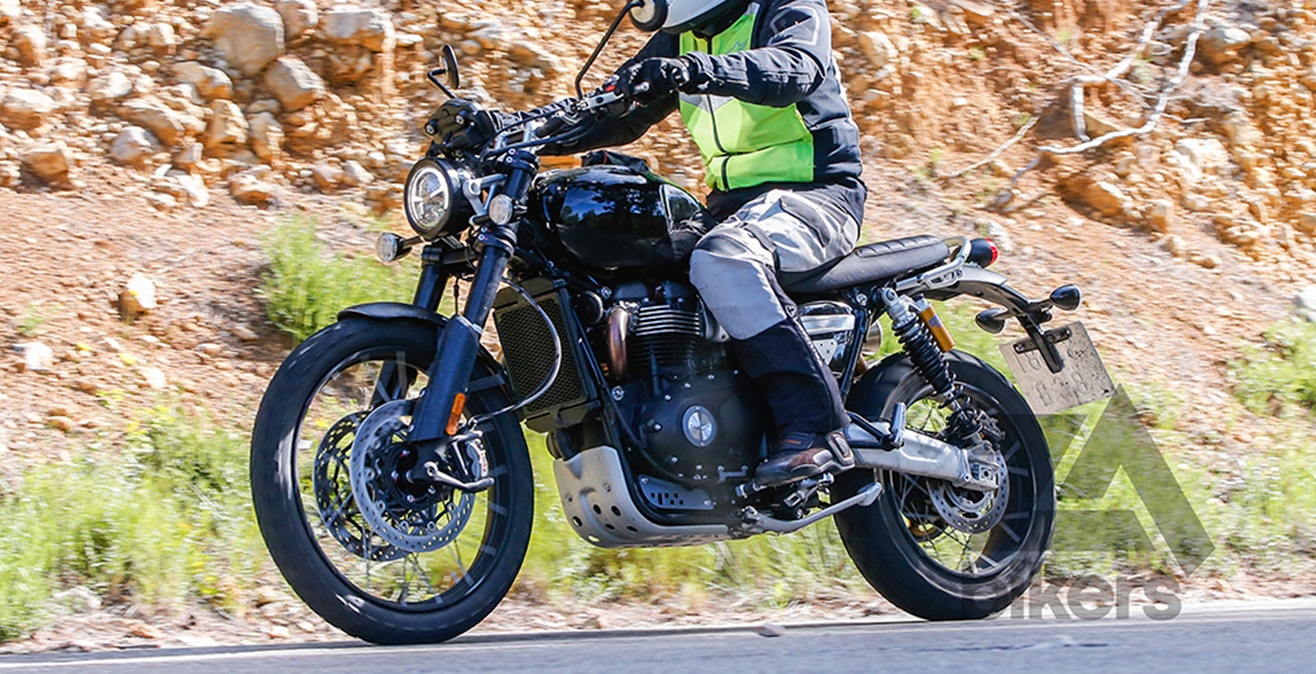 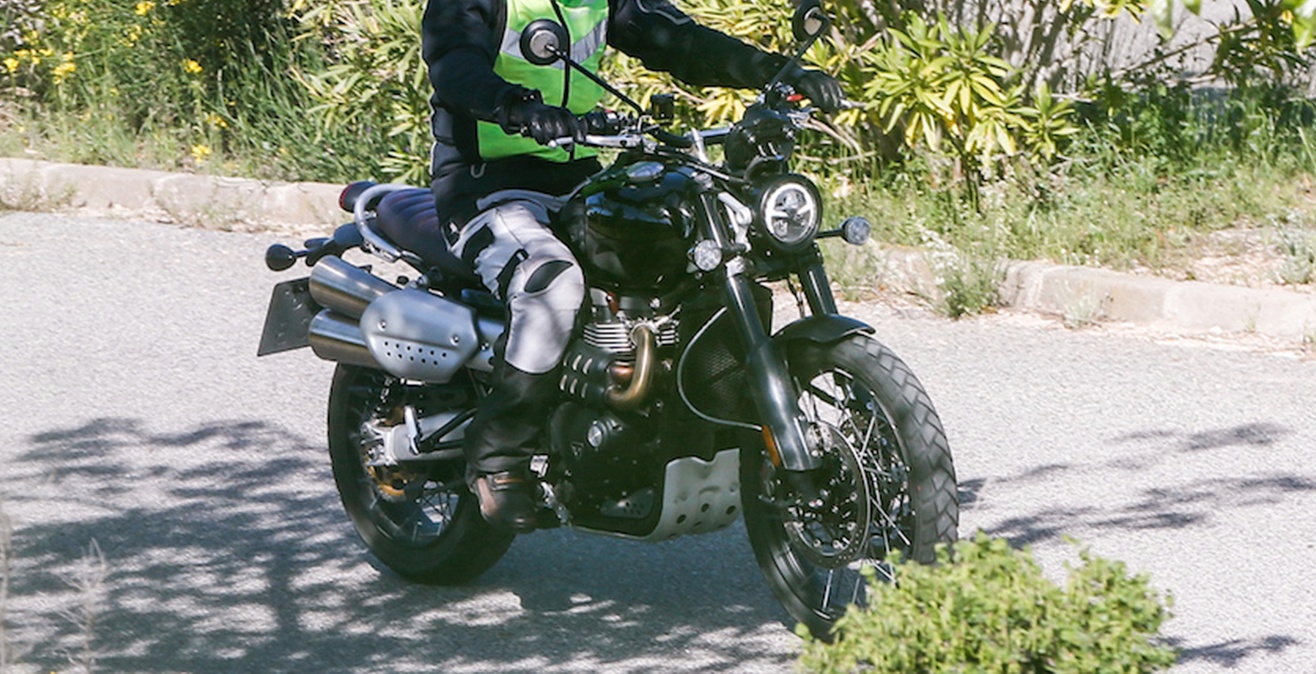 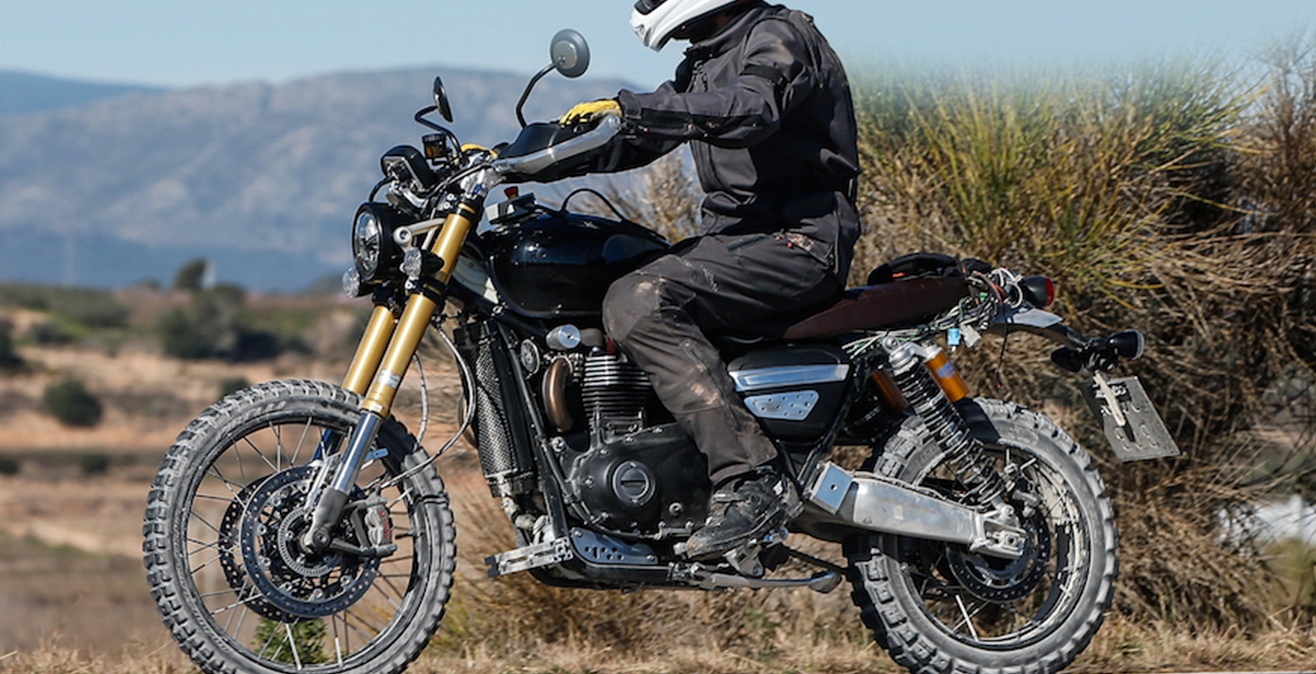