Custom bikes popularly refers to a muscular bike, with a total absence of fairings and tires, and a tough guy driving it. Loud and aggressive ornaments many times related to the American biker concept, these motorcycles have been part of popular culture for many decades.

The origins of custom type motorcycles are found, like many other cultural elements, in the post-war scenario of the 1950s, when using the surplus production of the armies it was customary to improve performance and style each in the garage of his house. Since at that time there were no regulations for anything, the movement expanded rapidly, forming a whole cultural phenomenon. Phenomenon that gave rise to many types, styles and variants of builds which we will see in this blog post.

The fetish style of this house, the Caf Racer, was born not in the United States, but in England, where young people who could afford a motorcycle decided to modify them as much as possible, focusing on speed, above comfort. The riding posture is almost always leaned due to the semi-handlebars, and its characteristic element is its stylized cowl, with a rear as clear as possible without fenders, as we can see in the Triumph custom shown below, specifically dealing with a custom Bonneville.

It would be technically the North American replica of the Café Racer, having, above all, as distinctive elements the single-seater cowl and thick wheels, as well as a much lower height than normal, with a more comfortable and upright posture. 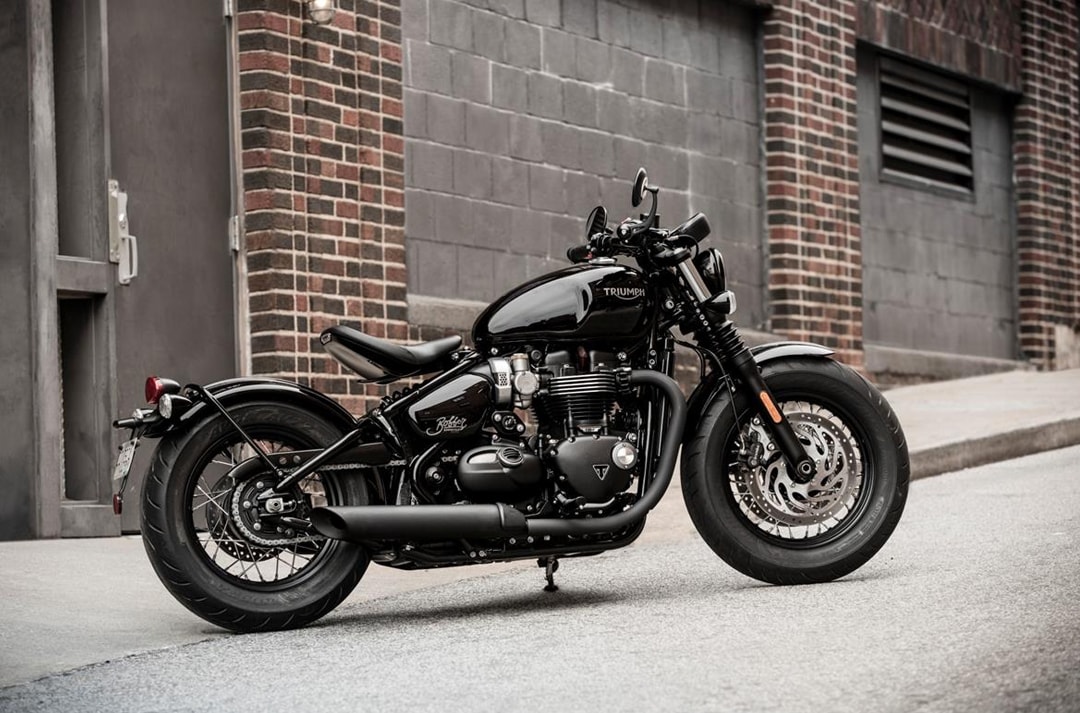 It is the idea that comes to mind when we think many times about "custom" or "harley". Long, noisy motorcycles, with the handlebar in a very high position and with spectacular painting and design work. The forks are usually long (in many cases bordering on the practical limit) and tend to have a great inclination for chrome and shiny elements. 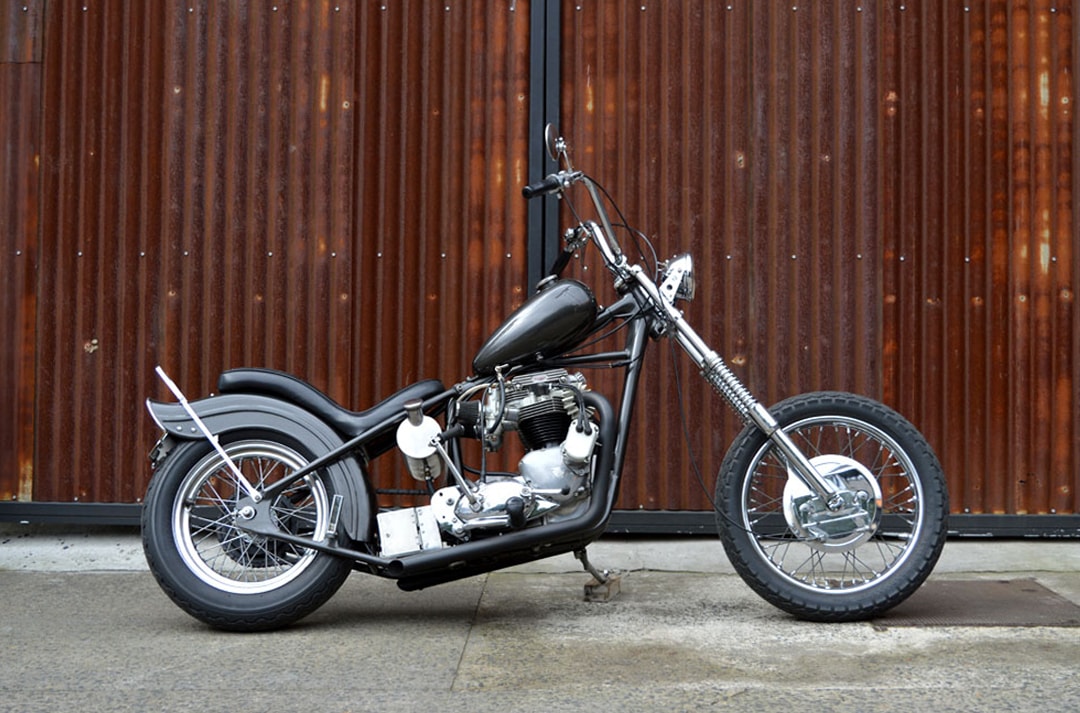 The Brat Style was born in Japan in response to a need for urban motorcycles but preserving classic aesthetic elements, and above all prioritizing comfort for everyday motorcycle use. Although it originated from the great heyday of Japanese brands and its mid-cylinder models that ravaged the market in its day, a Brat Style modification can also be perfectly applied to western motorcycle brands. 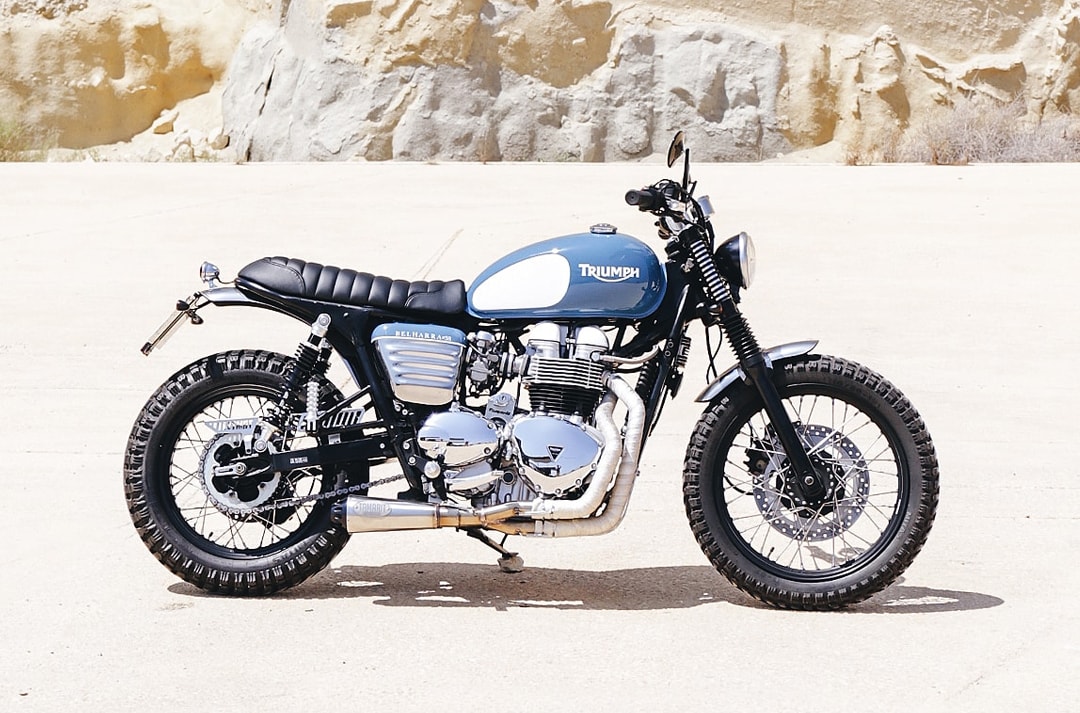 Straight out of the Mad Max imaginary, this type of post-apocalyptic motorcycle is catching on lately along with the rest of the movement regarding life in a hypothetical post-nuclear war desert. 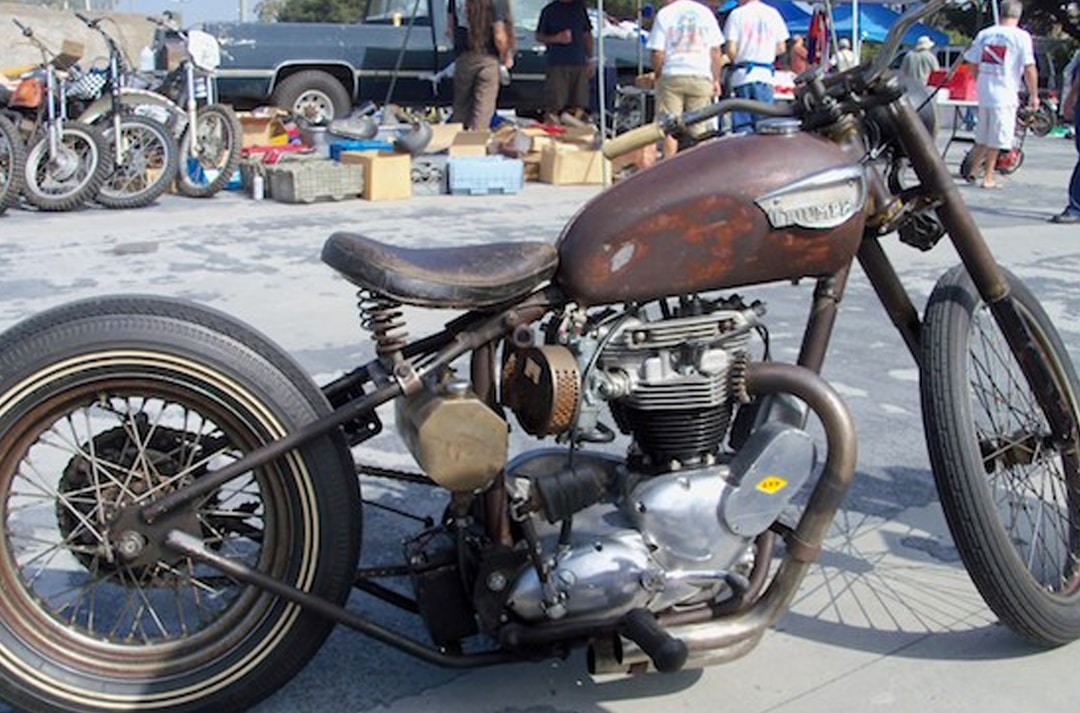 Scruffy, rusty, and scrapped look, these bikes are deliberately made to give that look, using a multitude of fixes that have to be clearly battered and temporary. Obviously none would pass the ITV in Spain.