How to make a Cafe Racer bike?

The collective and legend for the motorcycle self-customization began probably with the Cafe Racer style in England, halfway through the last century. This movement has been evolving until what we know nowadays as the custom motorcycle universe, where the limit is set by the imagination of the maker (or the regulation of the country).

How to start a Cafe Racer project

The Cafe Racer projects made by Tamarit are always meant to satisfy the needs of our client, does not matter if he has a motorcycle or not. Very often the client already owns a compatible modern classic bike for the Tamarit parts and tells us the idea for his Cafe Racer project by means of shapes, colours and riding style.

Not a modern classic bike owner? Nothing to worry about, Tamarit Motorcycles searches around the after hand market for a nice Triumph in good shape ir order to restore it and giving it a full makeover according your budget and desires.

We have to be honest here, the fact that most of our projects are Cafe Racer styled is no coincidence. It is basically the most emblematic and popular style for a Triumph Modern Classic and Tamarit has most of the available parts for this style in order to equip the projects with them. Nevertheless, the client is the one who has always the finall call about what the procedures would be, he can turn it into a Cafe Racer, but could be other style more focused on a urban and comfortable driving, or meant to an off-road daily use more for the likes of an Scrambler concept. 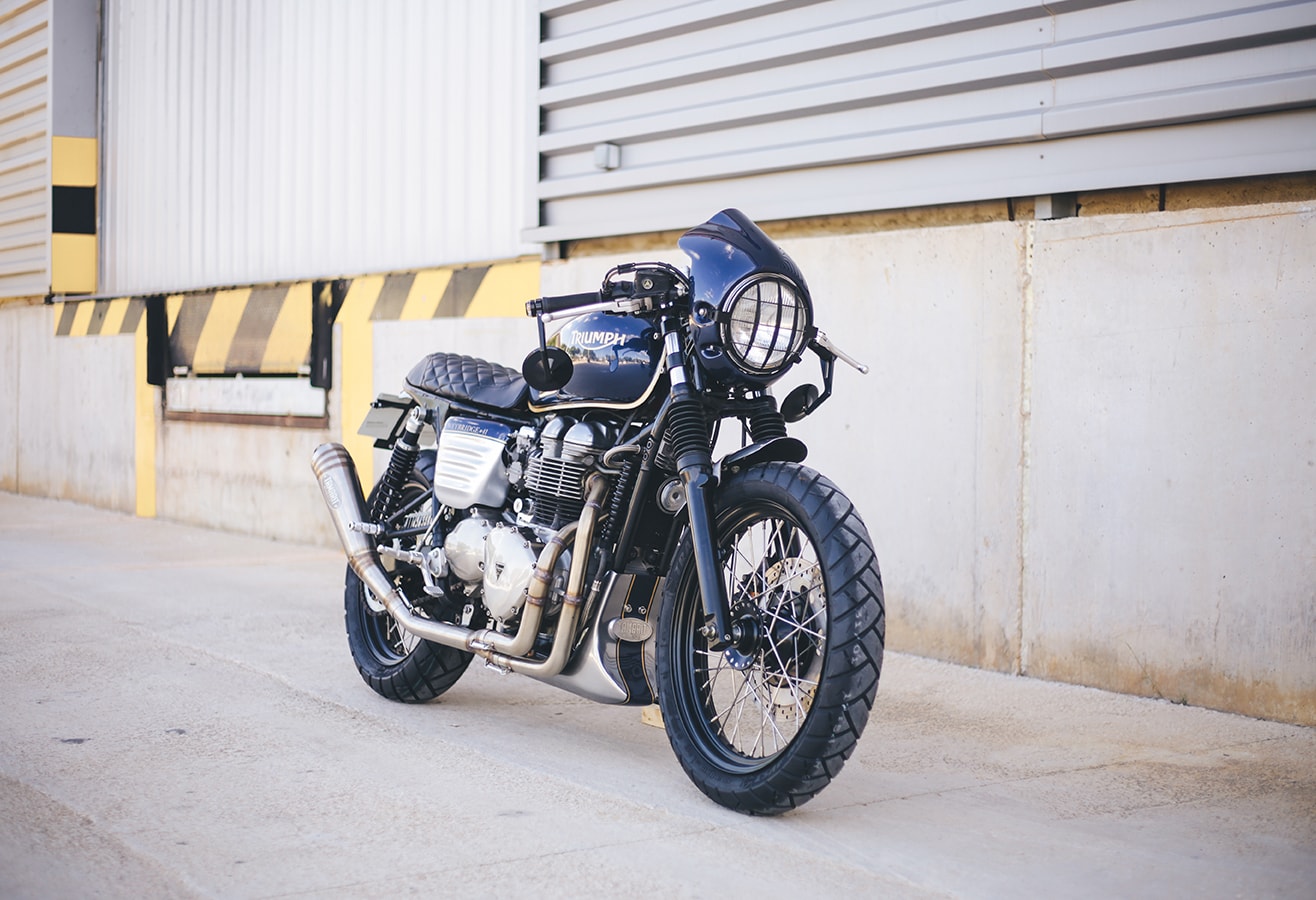 Which is the most popular style among those who want a Triumph Makeover?

The style of the makeover will always be deeply bonded with the client's taste, the size, the driving style and the sorroundings where the bike is going to ride the most. This questions are likely to be solved during the firsts conversations that the office team have with the client. Despite we all know that we categorically reject any task that would involve to copy a project previously delivered, we always ask for the opinion of the current client on the previous works to know more about his or her preferences in order to get a general idea of what the project would become and what's the next style to apply on the Modern Classic.

The hardest part of the projects.

Probably the toughest side of the projects could be to efficiently coordinate all the people involved on the motorcycle makeover. There are many individuals and associates that work hard in order to make the bike a perfect dreamy bike for our client: the designers, the mechanic, the fiber worker, the upholsterer, the suppliers. In order to get everything on the clock and all things going smoothly, there are a several factors quite hard to handle.