Our custom side cover

Today's blog entry will be about one of the most popular and best-selling products of all our range of custom parts for Triumph Modern Classics. The oval shaped side cover known as "Dalua". With such a catalogue behind our backs, happens to be even nostalgic to see how one of the parts of the first kit ever made by us turns out to be one of the most demanded and best-selling still today, and how good is still performing on even the most recent models such as the Street Twin range, or the powerful Thruxton 1200 R.

You can basically state that along the "Little Bastard" front fender and the "Santa María" side cover, is the most recurrent part in our projects since is present on almost half of our creations. This part has the privilege of watching, along the Jarama seat, the Tamarit Motorcycle's very beginning, when only was barely an idea inside Quique's head, while he was working on his motorcycles and his friend's. The biggest attractive of this part for client is, the option to be customized as the client desires, being able to choose the number, symbol or catchphrase that is wanted to be featured on the oval surface.

Then, the client, once the basic idea is transmitted about what he would like to be shown, receives several design proposals from Tamarit Motorcycles in digital format through email in order the client to choose his favourite one with the coloures, styles and edges asked.

Each week we reveive new numbers and shapes ideas, so the Tamarit clients never fail to surprise us.

We're very lucky of having such a clientele that takes very seriously his motorcycle customization , so for us, each number, each symbol, each catchphrase that you chose to be features on these ovals is very important to us as well. 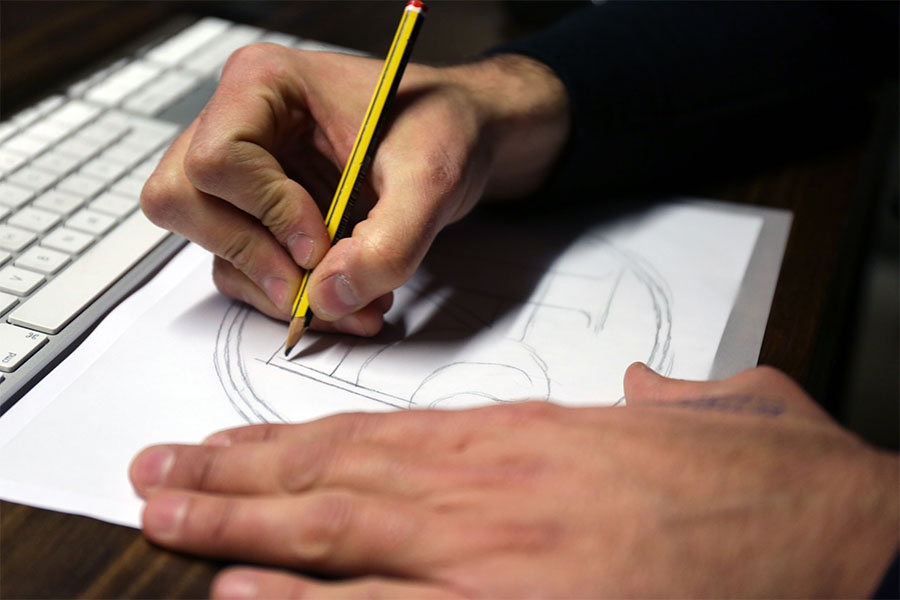 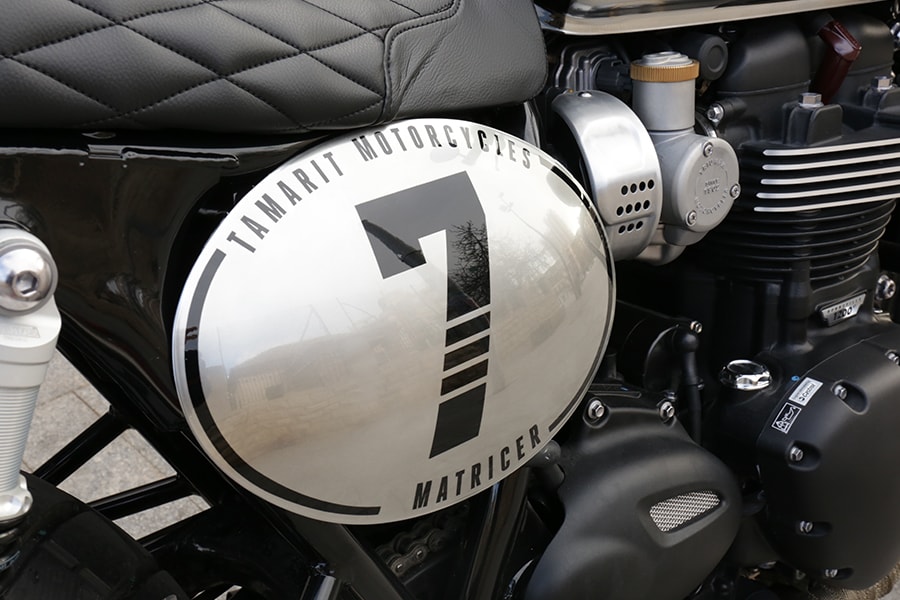 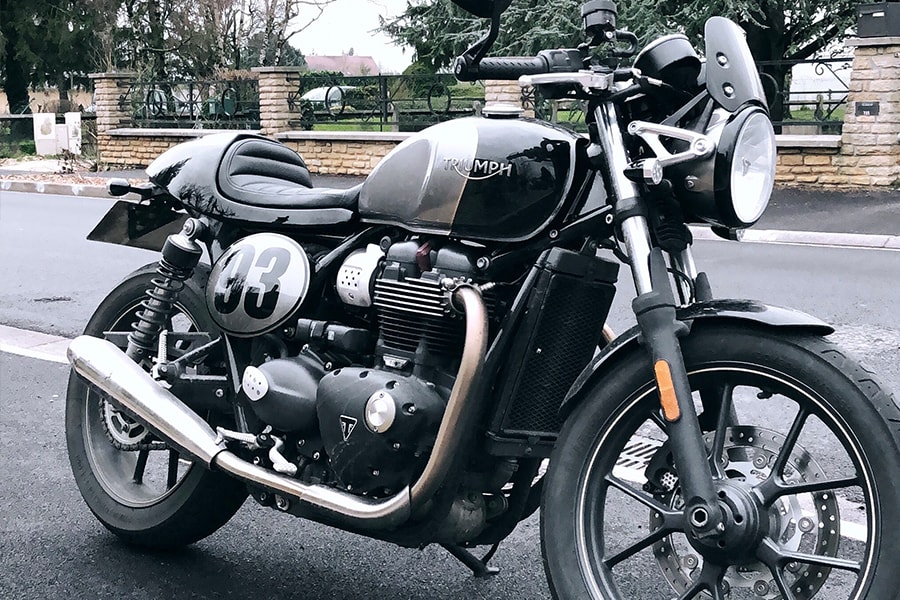 Check out the side cover for New Generation Bonneville, T100 and T120.

Check out the side cover for Street Twin / Street Scrambler range.

Check out the side cover for old generation Thruxton, Bonneville and Scrambler.