Bob Dylan: the Nobel Prize who rode a Triumph

Although he no longer needed it, Bob Dylan, the mythical American singer-songwriter born in Duluth, Minnesota in 1941, was the center of attention of the world press in 2016. Thus happened with the achievement of the Nobel Prize for Literature, which was awarded by the Swedish Academy after several years of rumors, those that followed the well-known Pulitzer for his contribution and reach in American culture.

It was the first time that this award was granted to a musician, in the middle of a great controversy about the nature of the literary medium, but the truth is that the Nobel Prize has just raised a man who from his earliest age has lived intensely, an unbridled existence according to its legend.

A Nobel in Triumph - Bob Dylan: On the road

The life of Bob Dylan, who has been captured by Martin Scorsese in two magnificent documentaries, No Direction Home (2005, where his beginnings are narrated) and Rolling Thunder Revue (2019, is actually almost a false documentary or mockumentary, if not a fiction, which takes the background and applies its own form) has always been closely linked to the road. In fact, he was a great personal friend of Allen Ginsberg, the poet of the beat generation par excellence and one of the first to propose him for the Nobel, participating in the 1996 commission that launched his candidacy. With him he would visit the grave of Jack Kerouac in Lowell, Massachusetts, author of On the Road, a key novel in twentieth-century literature and one of those responsible for Route 66 being as it is known today. A book that put the road culture on the map and established it as a genre in arts, and which also nurtured the rider culture. 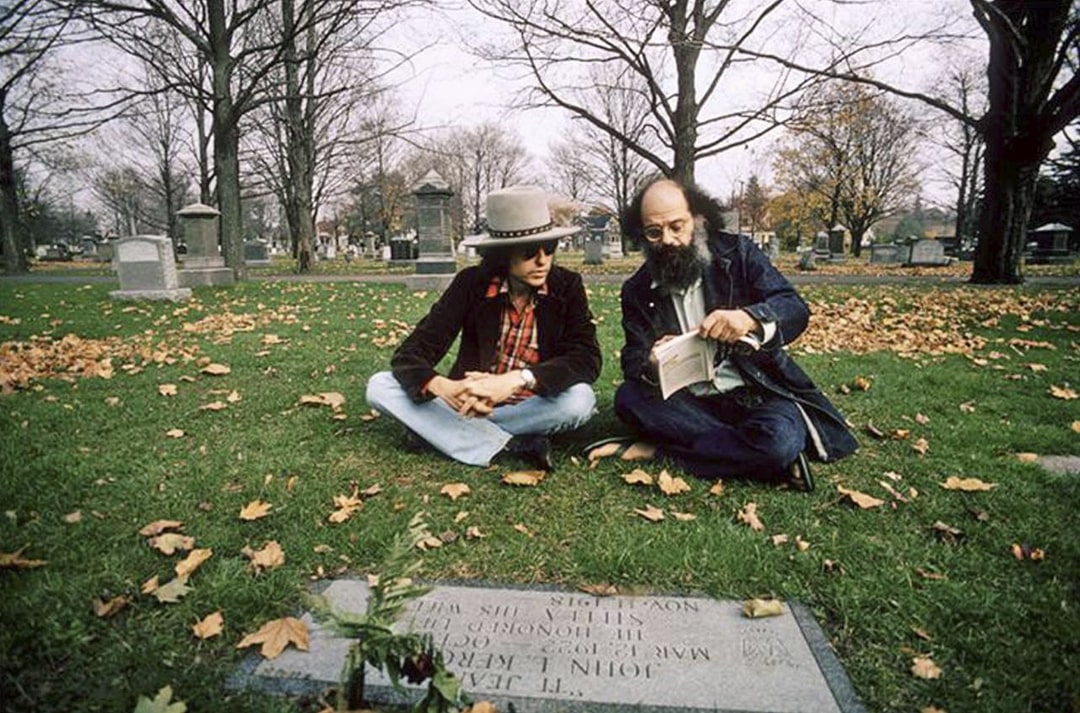 A Nobel in Triumph - Bob Dylan: About a Triumph Tiger T100

How many roads must a man walk down, / before you call him a man

So, although it is not known so much, it is not surprising that Dylan is a great motorcycle lover. Or at least it was until, in 1966, when the musician was only 24 years old (same age as James Dean suffered his fatal car accident) and while riding through Woodstock (New York) with his Triumph Tiger T100, he lost the control in circumstances that says not being able to remember. Although he was not alone (his agent's wife and Grossman himself followed him by car), everything that involved this accident, which practically took him out of the scene for eight long years and was a radical turning point in his career, forms a bizarre and full of mystery story, at the height of the best rock stars.

A Nobel in Triumph - Bob Dylan: The Price of Fame

"When I had that accident ... I realized that I was spending all the time working for all those leeches. And I didn't want to do it. Besides, I had a family and all I wanted was to see my children," Dylan confessed in 2006.

During the two years riding the Tiger, prior to the accident, many things were happening to Dylan. Despite his youth, he had already published many of what are now considered his best songs, such as Blowin' In The Wind or The Times They Are A Changin'. He had received two platinum records and commercial proposals from all class, and he also was immersed in a frantic world tour that stretched over time indefinitely.

A Nobel in Triumph - Bob Dylan: The Man or the Legend

"I was on the road for almost five years. I ended up sunk."

Then the accident happened. The rear wheel of his Tiger Triumph skated because of an oil spill, the sun blinded him and he lost control, the asphalt was wet ... The real cause of the accident is not clear, and the protagonist has never made great efforts to shed light on it, showing even mystical. The truth is that they were on Striebel Road, a treacherous and steep road for any vehicle. Nothing is known of the fall more than what Dylan himself says, because both his manager and his wife Sally, who were following him by car, had lagged behind, and only saw him already lying on the pavement, at the height of a curve. He did not seem hurt, but he complained in groans. 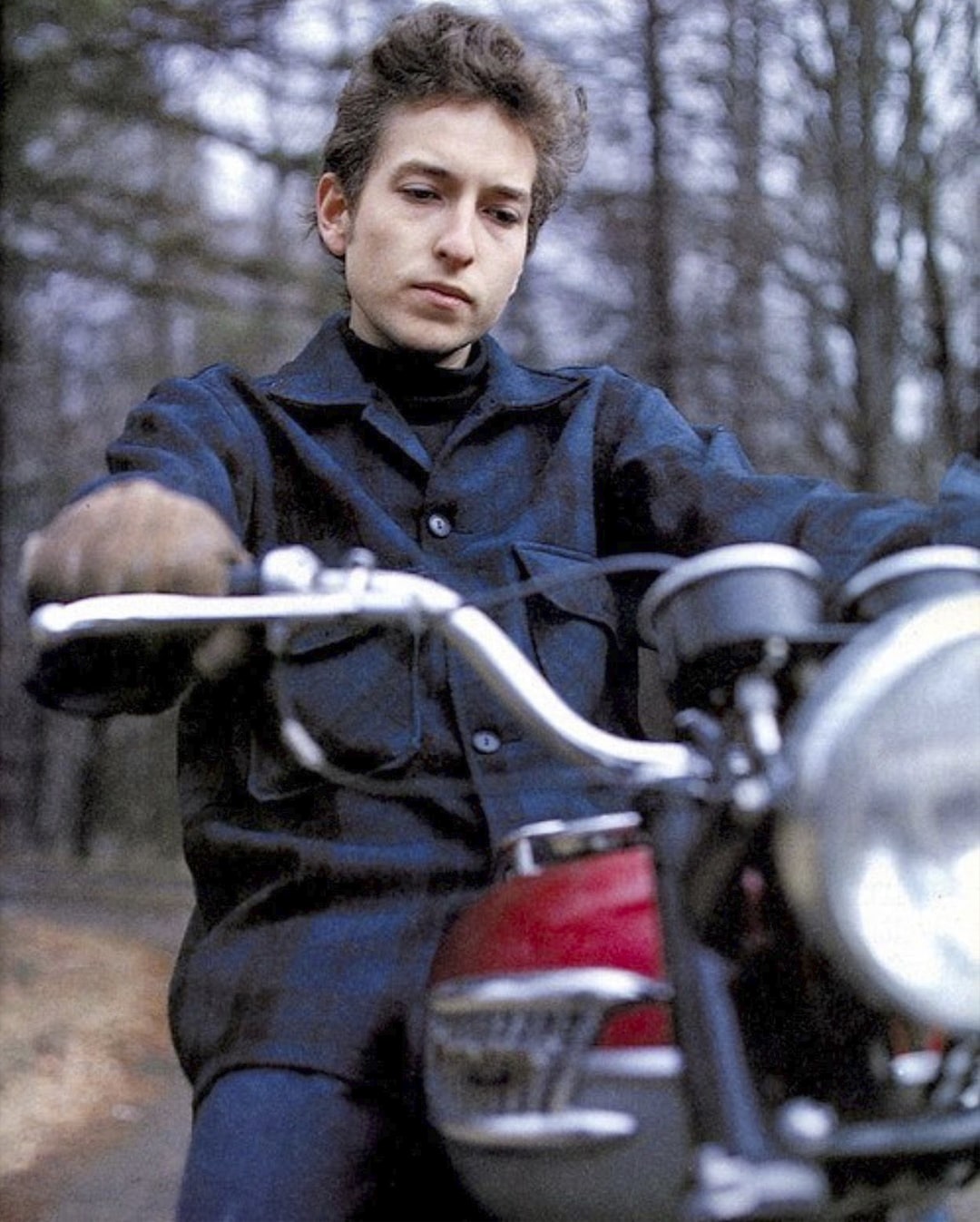 After that, there are no police or hospital reports or more witnesses. Despite the alleged severity of the injuries (he said he suffered from several fractures in the cervical vertebrae), Dylan did not enter the nearest hospital, but was taken to the home of Dr. Ed Thaler in Middletown, an hour away, where he stayed for a month.

A Nobel in Triumph - Bob Dylan: Speculations about his accident

There are those who say that Dylan overturned his Triumph moto on purpose, who says he exaggerated the seriousness of his injury, and there is no shortage of those who claim that everything was a great invention to get rid of the numerous issues that suffocated him. Other rumors (although he would try to deny them) suggest that he also sought to detoxify amphetamines, which are said to be abusing to endure the rhythm of concerts, recordings and public appearances.

A Nobel in Triumph - Bob Dylan: A turning point in his career

The truth is that Bob Dylan was never himself again. During the next eight years, the dropper was seen on the stage, missing both the "Summer of Love" of 1967 and the Woodstock of 69. Since then, the political tone of protest that permeated his songs have given way to a more intimate and personal style, diving in genres such as country or blues.

And meanwhile, the legend continues.