On this occasion, at Tamarit Motorcycles we approach a comparison between two "in-house" motorcycles, that is, two Triumph motorcycles of the neoclassical range that we know so well, since their engines are the basis of our builds. We are talking about the Triumph Thruxton R, one of the crown jewels, and the Triumph Thruxton RS, a step beyond within the Thruxton motorcycle family. Without advancing anything else, we go straight to the point: What are the differences between Thruxton R and Thruxton RS?

The Thruxton R collected in 2016 the glove of the Thruxton 1200, which was a breakthrough since it was the first Thruxton Triumph of the new generation cooled by liquid, with a displacement and power not negligible, in addition to numerous technological advances. Despite being very similar to the 1200 and sharing its displacement, it showed significant performance improvements, such as suspension and braking. Four years later, in 2020, the RS was the stake of Triumph to create a new top of the range model and prepared to satisfy the most demanding in terms of the performance of his motorcycle.

We are talking about two very similar bikes, whose main difference is in small details (which is logical, being one the direct successor of the other), as we will see below.

One of the most notable improvements that the RS incorporates with respect to its predecessor is undoubtedly the engine power. While the Thruxton 1200 R offered a power of 97 hp, the RS raises the ante to 105 hp with the same 1200 cc. The torque, which is maintained at 122 Nm, reaches its maximum 500 revolutions before than the Triumph Thruxton 1200 R, due in part to the increased compression of the pistons, with which we are talking about a more efficient engine. In addition, this is not only reflected in the power, but the improvement in the components of the Triumph engine, which has been extended to numerous small elements of the motorcycle, has allowed the declared total weight to be reduced to 197 kg, by the 202 kilos of the previous one. 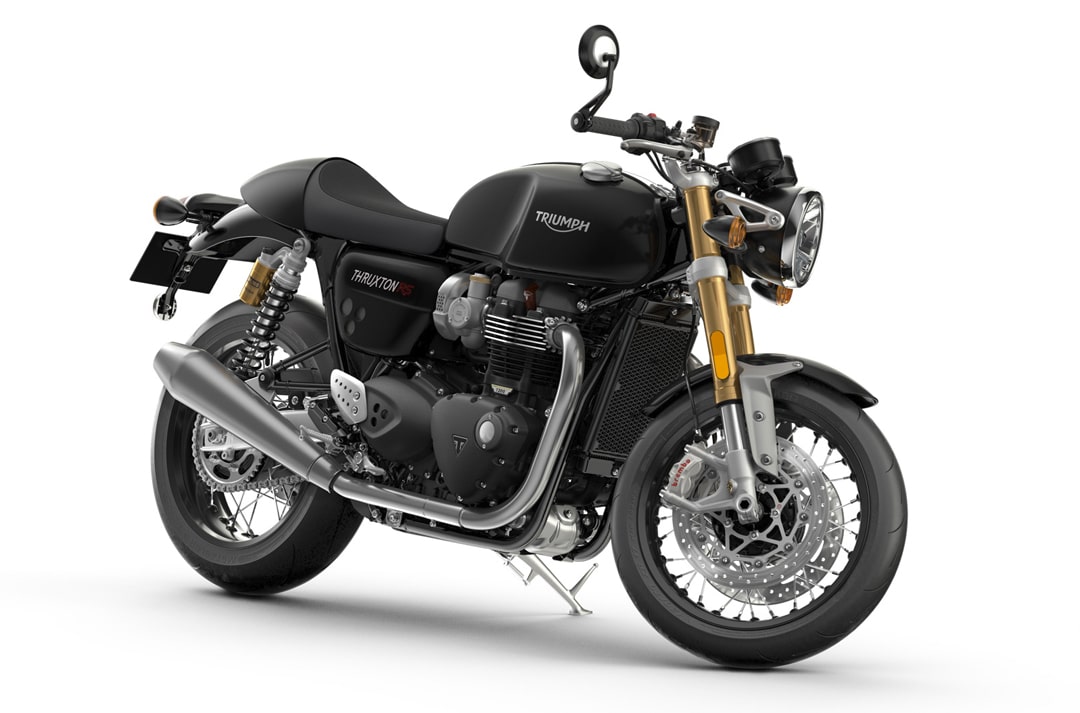 As we say, numerous components have been reviewed and updated to offer greater performance, which also extends to their weight. Like the R, the RS also comes fitted with an ABS system and a double 320 mm floating disc. But, in addition, it incorporates first-line updates such as the Brembo M50 calipers or its renewed headlight, which has LED technology.

The price gap that mediates between both bikes, four years later, has not skyrocketed. Currently we can find the Thruxton 1200 RS from € 17,000, while the younger sister follows € 16,300.