For some years now, some dealers have organized certain workshops, in which a series of tests take place with a specific vehicle that is on sale, or with a certain model or range whose launch date is close. Everything always destined to gain followers and as long as the word spreads among the group of consumers of certain benefits or advantages that this model may present.

This is why these "Test Day"  (same case as an open day) allow the consumer to form an idea of the product before making the purchase, and what a better way than with a Triumph Street Twin test.

In this blog post we tell you the news of the new Triumph Street Twin test.

The Triumph Street Twin custom has been evolving since its release on the market back in 2016, having certain improvements every year in order not to lose advantage over its competitors from European and above all, Japanese houses. Its purpose and objective, despite changes and improvements, remains the same: a motorcycle with Triumph DNA adapted to the new times but without losing the essence of its previous modern classics generations.

The Triumph Street Twin 2019 presents an increase in power from 55 horses to 65 horses compared to its previous edition, also including certain elements that improve its maneuverability such as traction control depending on your riding modes, on the road or in the rain.

This engine improvement allows us to find the motorcycle's comfort zone in terms of torque and running-in between 110 and 130 kilometers per hour. Also noteworthy is the inclusion of a Brembo front caliper equipping the 310mm diameter disc brake. Its dual balance axle allows a very stable and quiet ride even at high speeds on the road. 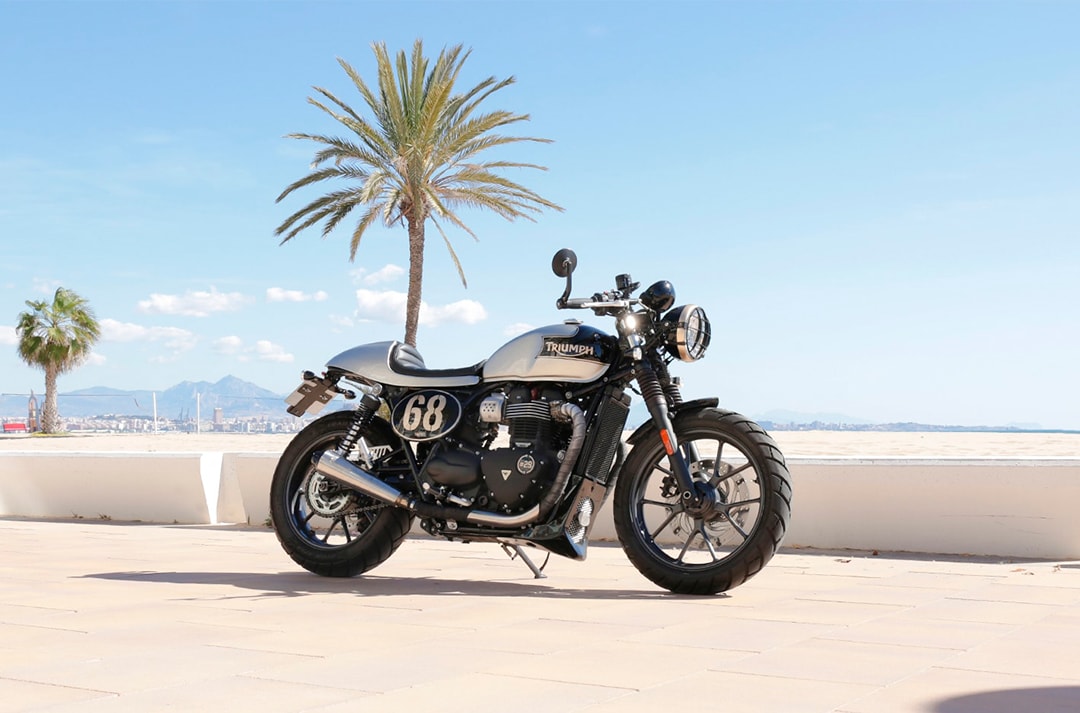 The Triumph Street Twin test remains the affordable model in Triumph's modern classic range, which is now slightly more powerful. It is true that the sale price that is proposed gives to acquire other more powerful motorcycles with much more maneuverability, but what difference does it make?

Perhaps that is really the crux of the matter, that a Street Twin Triumph is not about bursting the numbers of a technical sheet, but to maintain an essence that has been maintained through thick and thin over time. It is a beautiful motorcycle, it sounds scary and offers great riding comfort in equal parts.