Marc Márquez and the Dirt Track

Marc Márquez is known to everyone, and is that he is one of the drivers who has the most victories behind him in the world of Moto GP. But not only he stands out in that field but he has also become an out of series within the Dirt Track mode.

To know about the origins of Marc Márquez Dirt Track, we must go back to his beginnings in the world of motorcycles, since he began to practice this modality from an early age. He has participated, and won some of them, in the great Flat Track bike championships in Spain. This modality has become a training to improve the way of riding in MotoGP.

The beginnings of Marc Márquez in the Dirt Track bike date back to the age of 5, when he began training for this modality and for Motocross. The Dirt Track is a discipline that is very productive for the pilot, as it helps to improve skid control and the touch of gas. The Spanish rider is a big fan of this discipline, and when he can, he goes for his Dirt Track motorcycle to train and enjoy this modality. 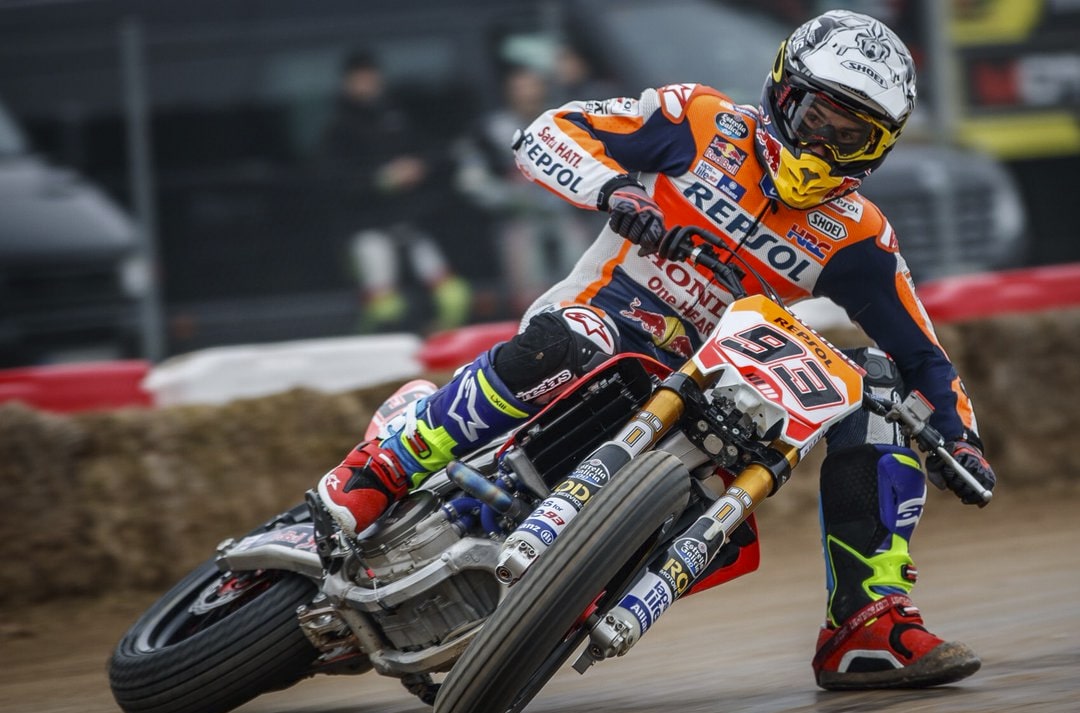 The Rufea circuit is where the pilot has spent more time training off-road modalities. This circuit began to become more famous when the pilots who trained there (Marc Márquez, Álex Márquez and Tito Rabat) became winners of the Three categories of the Motorcycle World Championship. All this happened in 2014, the year that would lead to the creation of one of the most important championships of the Dirt Track discipline in Spain: the Dirt Track Superprestigio.

Every December, the Dirt Track Superprestigio championship has been held in Barcelona, and it is here that the pilot became the undisputed protagonist of the contest and has been crowned as the Marc Márquez Dirt Track phenomenon. Within the competition, he is confronted with true American specialists in the discipline, and each year the level rises and ensures races full of skidding and action.

If we talk about the Marc Márquez Dirt Track 2016 period, we are facing one of the best moments of the rider in this off-road discipline. During the Dirt Track Superpresigio of that year, Márquez took the victory, as he did in 2014, but with the difference that this time he did it in competition against the American driver Brad Baker. Marc took the revenge of the victory of the American pilot in the previous year. The track of 2016 consisted of an oval of 200 meters of compacted clay and protections along the entire route, which consisted of 27 races.