How much does it cost a Tamarit project?

Perhaps one of the most nondescript and repeated question at the offices and in our mailbox is how much would a Tamarit motorcycle project cost. We’re going to try to explain all the steps that has a project of ours, because each project has a certain amount of work behind the curtain, and obviously that would be reflected at the price tag.

We’ll try to measure the projects in four grades, the basics, the intermediates, the advanced and the dreamy projects.

Let’s start the thing all the Triumph-based project have in common: the focus on the client’s needs.

Among all those needs, is very important to know perfectly which use is going to have the motorcycle, for example, if our client what he likes is to ride the Triumph motorcycle daily and drives several kilometres everyday, we wouldn’t recommend an exhaust system install on the highs of the motorcycle, or clip-ons that would lead to a non very comfortable riding position, unless the aesthetics of the bike would be the priority above everything else.

Once advised and guided by us and after the sample estimate approval we have for each kind of bike. we draft the parts list to be installed in your motorcycle, which you can remove or add items from the list at will. As we said before, there’s four project classes, therefore we send to the client the one that adapts the most to his budget.

Our project manager, Quique, gets in touch with the client and the start talking about things like how the bike is going to be named, which are the bikes that the client takes as a reference, what would be the purpose of the bike, the riding style of the driver...etc Moreover, other topics that could be brought to the table are some personal aspects and the inner motivation that would remain between Quique and the client, but appearing concealed in the shape of some detail or design on the motorcycle.

A basic project is the one that involves a set of Tamarit parts and the paint works. We’ve made several of this projects so far, being motorcycles that are not appearing in our catalogue, since no pictures are taken or they are not considered as a full finished project. Nevertheless, despite not having a number, they can surely appear at some blog entries related to minor makeovers or client’s pictures.

This is basically when the client wants to give his bike a little twist and a few parts are added and painted, such as a seat, a front fender and a belly pan.

The amount paid for that kind of project is not very high, labour works are short and quick, so basically you’re paying only for the parts and the custom paint. It could be done for 2-3 thousand Euros. Delivery times for a project of this kind would be around a month, always depending on the period of the year and the amount of work that we would have. 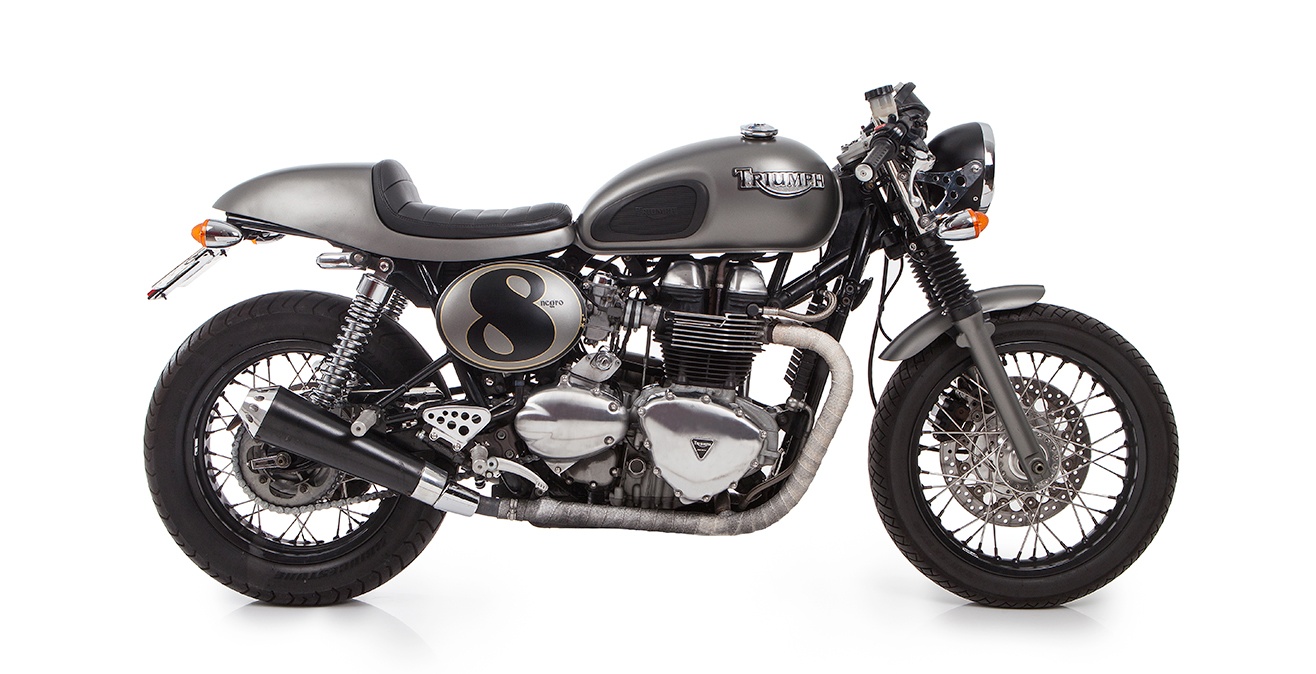 
The intermediate projects we make in Tamarit Motorcycles are those that not only include a set of parts made by us, but also other brands components such as tyres, flash lights, headlights, shock absorbing systems… etc

Those projects are called intermediates because there’s still nothing complex regarding them, just extra parts installed with certain sense in order to transform your motorcycle.

Besides the paintwork and design on all the parts included on the project, the amount of parts installed would be around 5 and 9 painted parts. This kind of projects would be around 3 and 6 thousand euros depending on the items that the client desires to install.

When the project is finished, Tamarit Motorcycle makes two professional photo shoots, one at a professional studio in order to get plain pictures with white background, and the other one located outdoors where a location is selected according to what could match best the bike. This pictures, as you know, are published on every social platform and by our collaborating sites as well.

Delivery time of an intermediate project could be around a month. 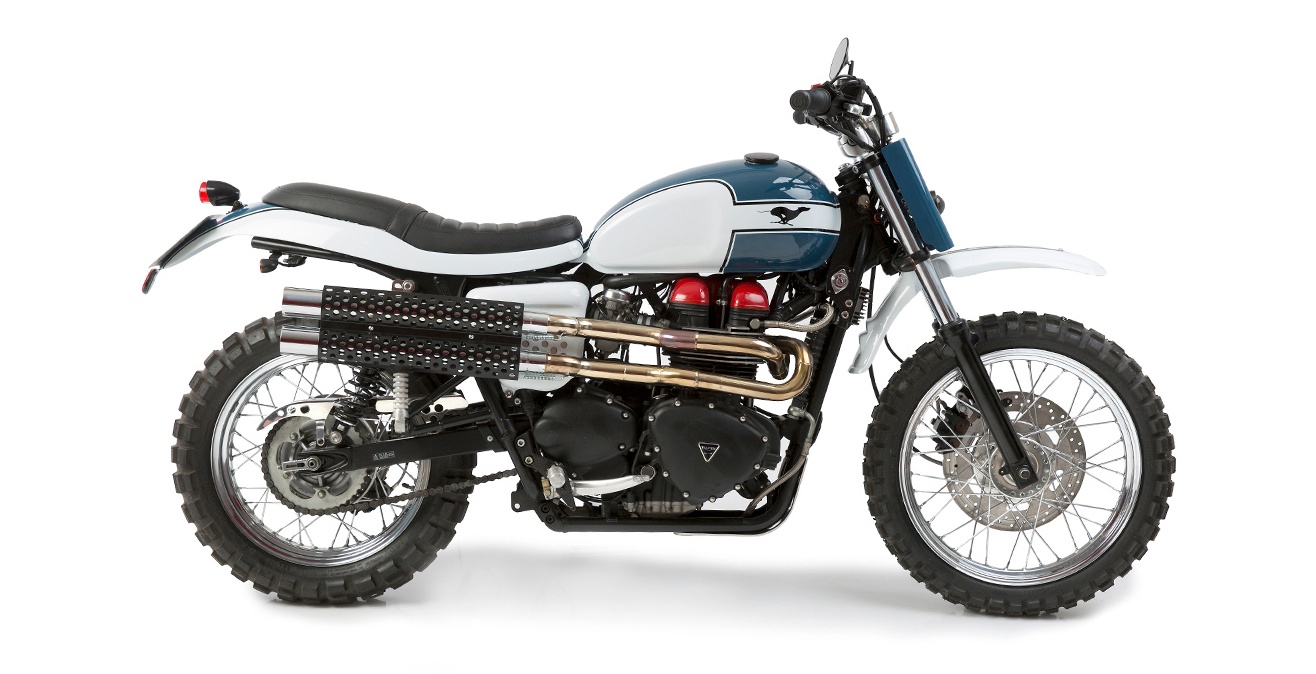 The advanced projects are maybe the most recurring in our catalog, for example, Barracuda, Titan or D Franklin. They are projects that begin with a lot of design tests where our team begins to work with Photoshop in order to make a reliable sketch of what the client would get in the end.

Those are projects where we put all hands on deck and get most of our attention, where the engine is dismantled in order to work with the frame properly, spokes are taken away from the rims for paintwork duties, engine is tuned up, wirings and electrics are changed and even the frame is being cut-down for structural mods.

This kind of projects are thoroughly checked by our engineer in order to standardise the full project. For those who are not from Spain, in Spain is mandatory to travel with standardized parts and the papers in order just in case the Guardia Civil stops you and you have to prove that everything is correct and revised by an engineer. Other of the reasons why a project in Spain has to be standardized is because we’re ruled by an organization called ITV (Technical Inspection of Vehicles). Not having a modification approved and according to regulation would incur in several problems in case of a traffic accident.

This kind of projects would be made from 6 to 10 thousand euros by way of design, makeover and shipping. As before , the thing that shakes the total amount the most is the range of components the client desires to include. As an example, one of our projects has a shock absorbing system 5 thousand euros worth.

This advanced projects usually have a delivery time from 40 to 50 days depending on the characteristics of the tasks to carry out. 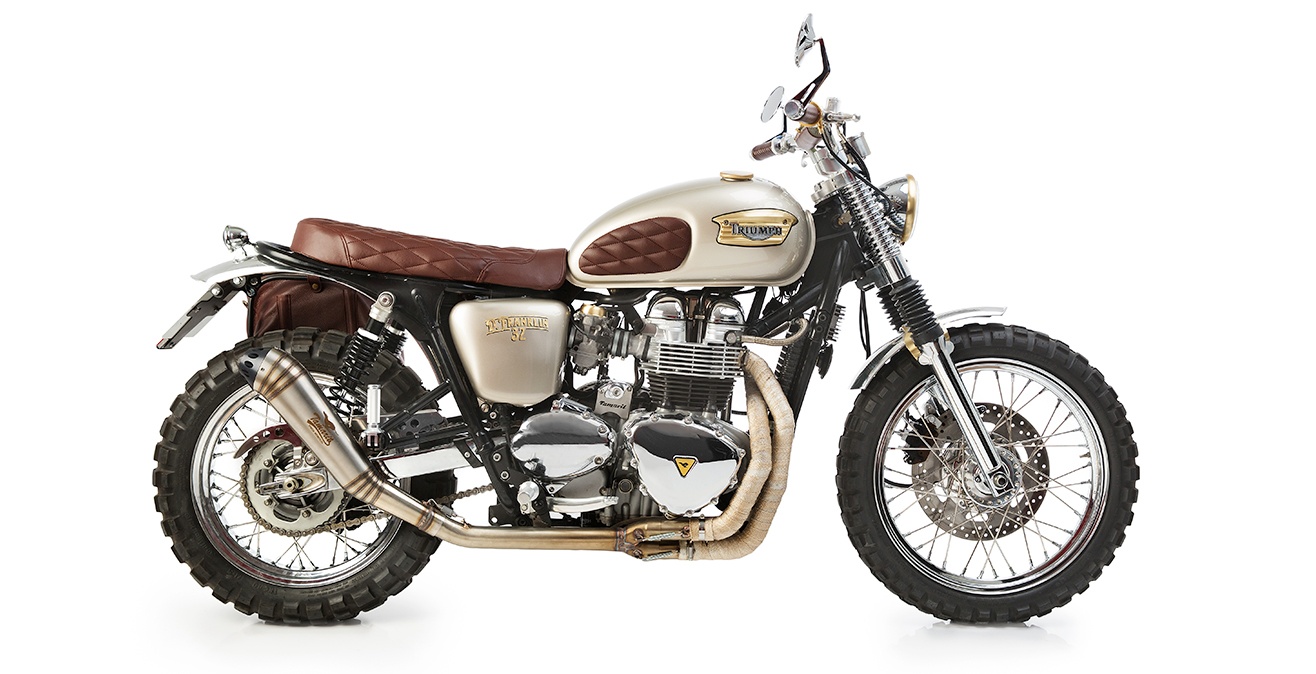 These projects never left the design phase, there’s no prior acceptance since there’s no closed budget. For the moment is fairly difficult to us to jump into this kind of projects because of time and complexity. If our job would be only the motorcycle building, it would be our obsession, but unfortunately we have many hot fronts around us other than motorcycles, so we can’t neglect any of them.

We want to work on a dreamy project for quite a long time now, just to show the world what could be accomplished with a no-budget motorcycles. That’s why we’re waiting for a few clients who have our proposals on the desk to begin this dream, for them and for us.

If we would focus only on this kind of projects, we could make 4 or 5 projects at most. We’re talking about months of work and if the project finally comes up, we definitely want to make a full production with a video pro-shoot of the motorcycle rolling, whatever it takes to cause the most impact possible. 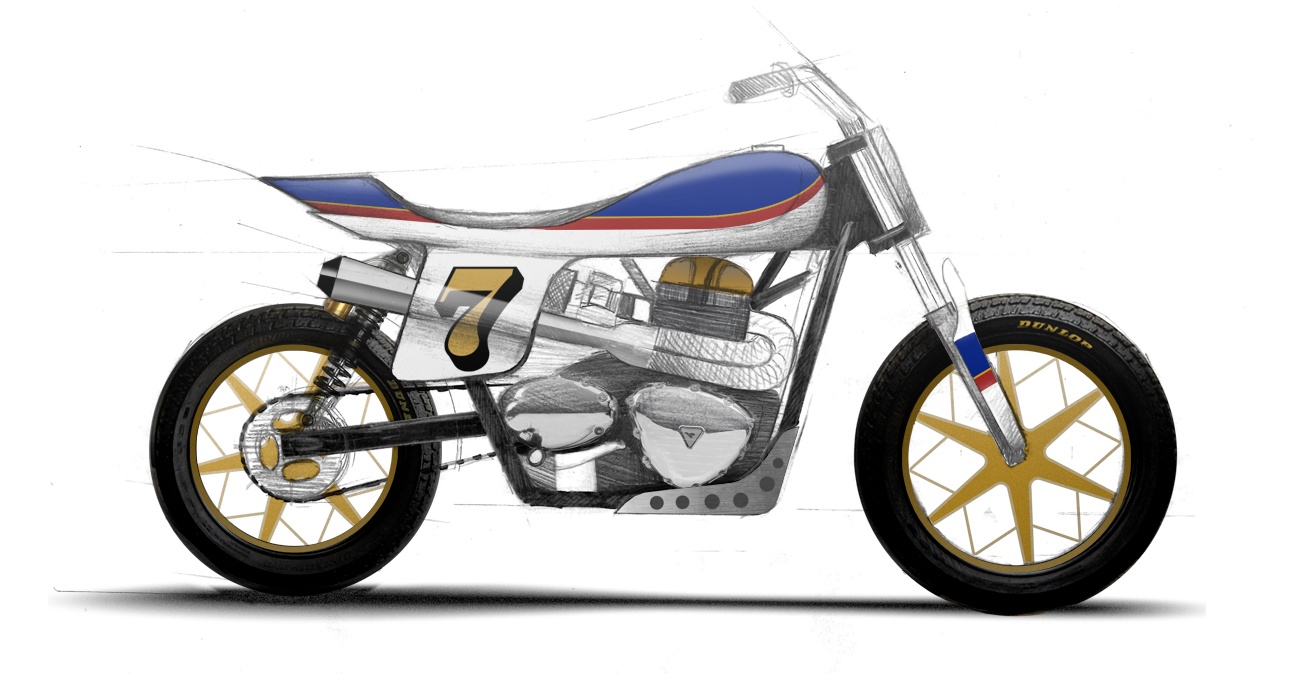 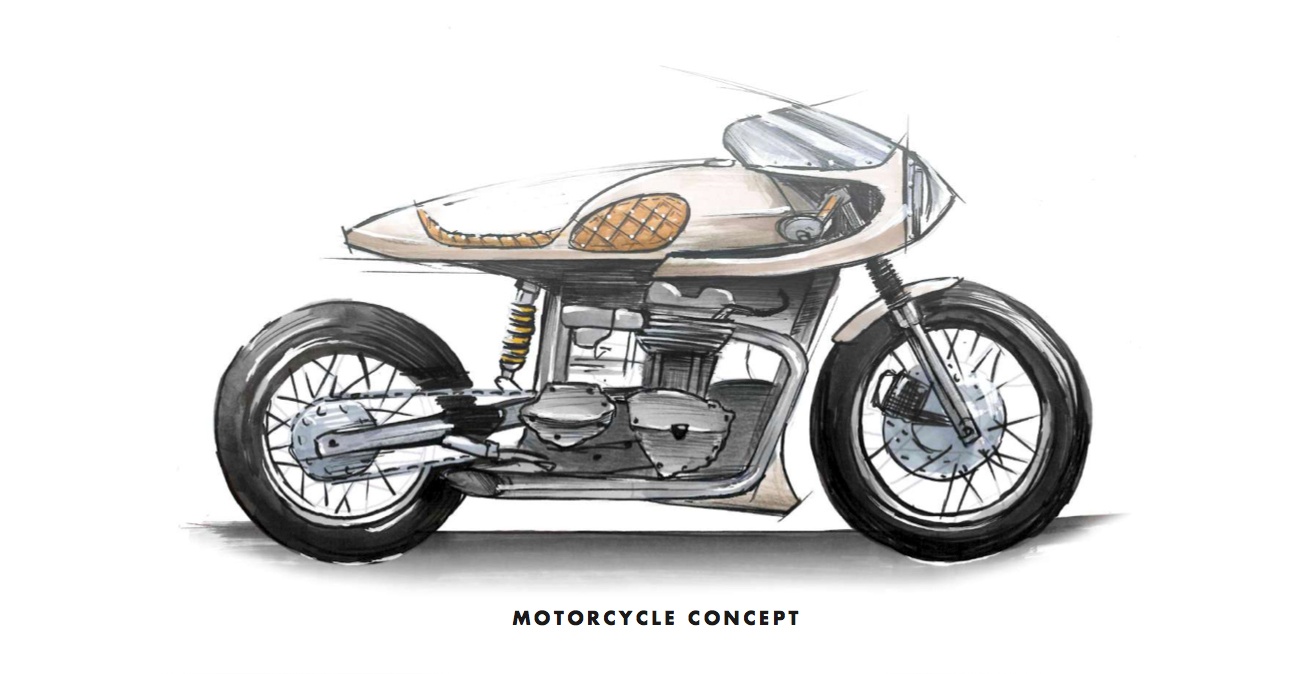 When we look back in time, the first year we make 3 bikes, 6 the second, 14 the third and this year we are reaching 19 motorcycles.
We are aiming to be the best Triumph Specialized builder. Do you want to be a part of us? We consider as clients everyone, from subscribing to our blog to present a motorcycle together. See you at our Showroom! 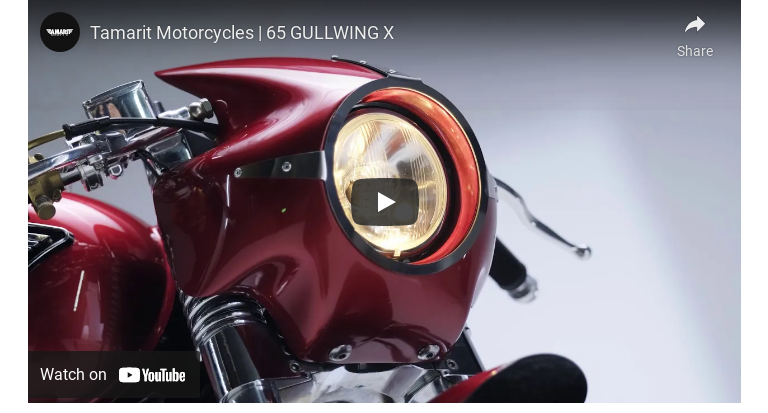